OAKLAND — A man faces charges for a wild Sunday drive at the San Francisco-Oakland Bay Bridge. A tow truck reported stolen sped through the toll plaza and nearby freeway—against traffic resulting in three crashes.

A harrowing situation unfolded November 28 shortly after 4 p.m. A driver parked the truck in front of the toll plaza and refused to move it. When California Highway Patrol officers arrived on the scene, he sped away.

On the bridge incline the driver turned around, traveling against traffic and through the toll plaza again. Near the tolls, an officer deployed a spike strip hoping to stop the truck.

Undeterred, the driver rammed into an unoccupied CHP cruiser, slamming it backwards through a toll lane. The suspect nearly rammed a second CHP cruiser, but an officer maneuvered it out of the way.

Next the truck headed towards Emeryville, before it turned around going the wrong way again. The driver continued until crashing into a vehicle, near an exit to San Pablo Avenue. Before that, he also hit another vehicle on the bridge.

The third crash ended the chase. The suspect identified as Martin Pinzon-Cayetano, 46 of Oakland, was detained. He and a CHP officer both received medical care for minor injuries. 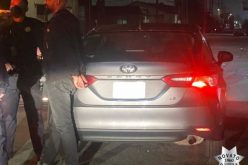 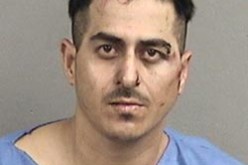 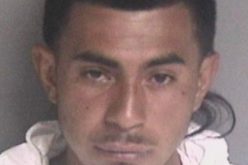 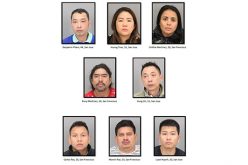 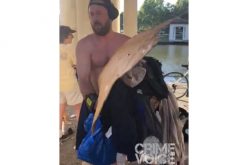