TIBURON — California Highway Patrol officers detained a man later arrested by Tiburon police. The suspect is being held on open charges, including vehicle theft and an outstanding warrant for parole violation.

CHP officers deployed spike strips to stop the fleeing suspect on Highway 101, after he crossed from Marin- to Sonoma County. Daniel H. Zeru, 37 of Hayward, was apprehended on November 22 at 11:30 p.m.

His pursuit began in Tiburon, where an automated license plate reader detected a vehicle with stolen license plates entering town. Turns out the vehicle was reported stolen in San Francisco, with its license plates switched.

A Tiburon police sergeant located the vehicle traveling eastbound approaching downtown. Evidently, attempting to evade the law, the driver made an illegal U-turn at Beach Road, next heading westbound.

CHP officers and deputies from the Marin County Sheriff’s Office joined Tiburon officers in the chase. The CHP caught up with Zeru in Cotati, on Highway 101, where he crashed the stolen vehicle near Railroad Avenue.

After being treated for injuries sustained in the crash, Zeru was later arrested by Tiburon officers. He was booked into Marin County Jail, where he remains in custody in lieu of $250,000 bond. 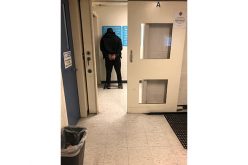 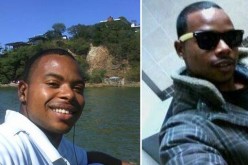