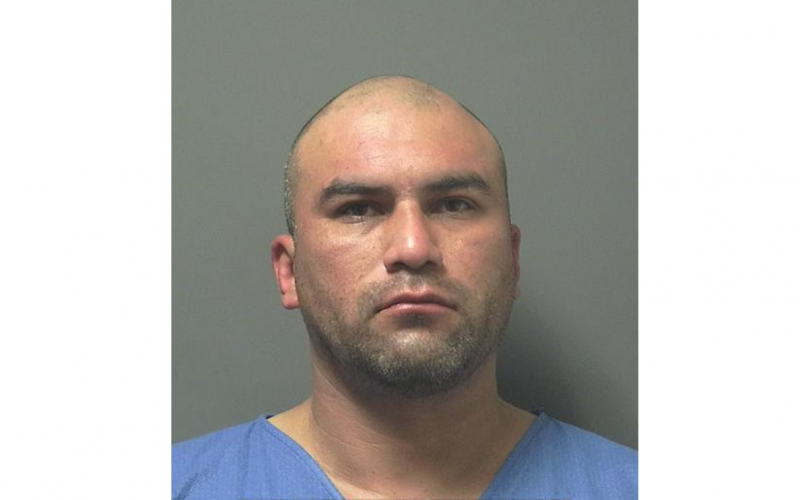 LEMOORE — A man who led Kings County deputies on a pursuit was found to have numerous active warrants upon finally being arrested, according to the Sheriff’s Office.

In the early morning hours of Tuesday, February 23, a deputy came across a red Ford Escape parked in an alley near Bush and Vine Streets. As he approached, the vehicle sped out of the alley, forcing the deputy to give chase.

When the vehicle blew through a stop sign, the deputy activated his lights and siren to initiate a traffic stop.

No dice. The pursuit reportedly continued through several neighborhoods until the driver, later identified as 40-year-old Rene Luna Jr., pulled over on Cedar Lane and fled on foot, abandoning the vehicle.

As Luna ran eastbound, a pursuing patrol car pulled up alongside and a deputy riding shotgun jumped out of the vehicle and tackled Luna. Deputies say Luna continued to resist arrest by refusing to put his hands behind his back to allow himself to be handcuffed.

Ultimately, deputies were able to subdue Luna and take him into custody. The deputy who tackled him reportedly sustained a minor injury to his jaw, but was quickly treated and cleared for duty.

Luna turned out to have twelve active arrest warrants to his name, eight of them being out of Kings County and the rest out of Tulare County. He told deputies during his arrest that he’d also swallowed a large amount of meth during the pursuit, requiring him to be medically cleared before he could be booked.

Following said medical clearance, he was booked at the Kings County Jail on suspicion of felony pursuit, felony obstructing an officer, destruction of evidence, and driving on a suspended license, in addition to the twelve warrants. His bail was set at $331,000.