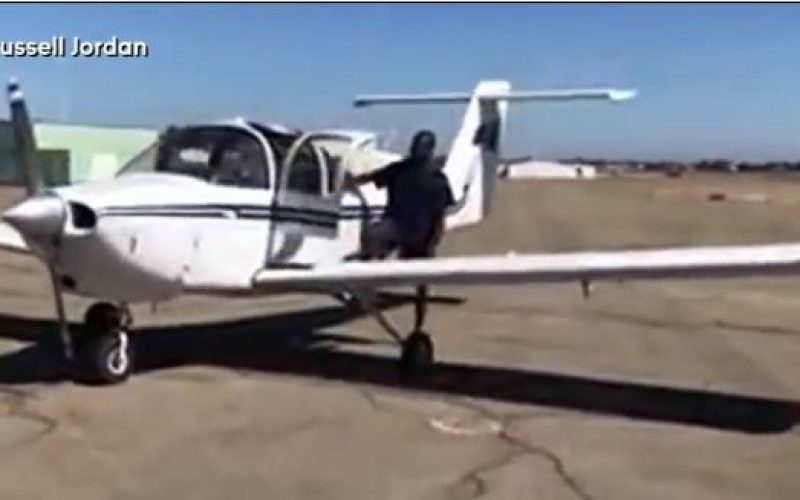 Photo: “Captain” Rukker trying to board

HANFORD – Kevin Rukker had a busy day. First, in the morning, he left from jail after a stay of undetermined length.

Next, he walked to a church nearby. Once there, he took the keys to a car out of a woman’s purse. He then stole her car. 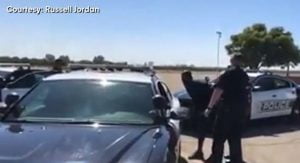 At the Hanford Municipal Airport, Rukker’s next destination, the saga continued.

Someone filmed Rukker as he attempted to get into a small plane. Did he know how to fly it?

We will never know, for now, because this is where law enforcement entered the picture.

A group of men detained Rukker and officers then arrested the erstwhile pilot.

Rukker’s charge is possession of a stolen vehicle.