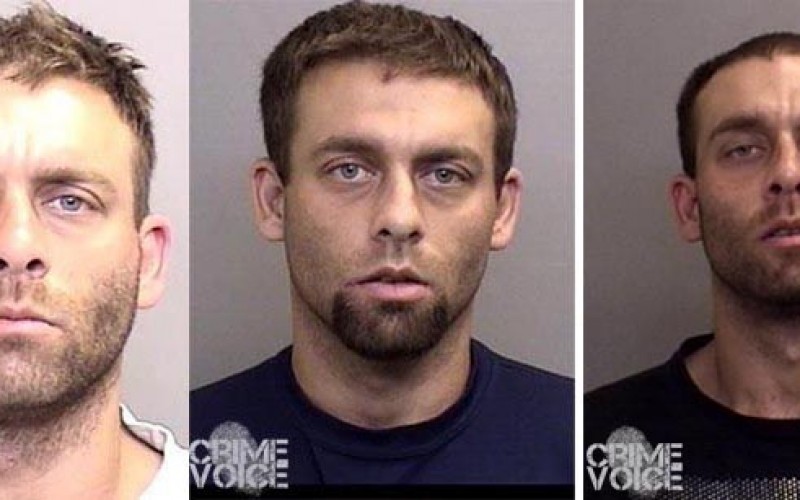 FORT BRAGG – MENDOCINO COUNTY – Tucker Ray Chester, a 31-year-old man who resides in Fort Bragg, sometimes as a resident of downtown Fort Bragg, and sometimes listed as a transient in the community, was on his bicycle last Monday, November 3 at about 4:30 in the afternoon, riding along Shoreline Highway – also known as Highway 1 – in the southern part of town near the Botanical Gardens. Sheriff’s deputies spotted him, and knew he was wanted on three outstanding warrants for felony and misdemeanor violation of probation, and felony burglary. They pulled over and contacted him. 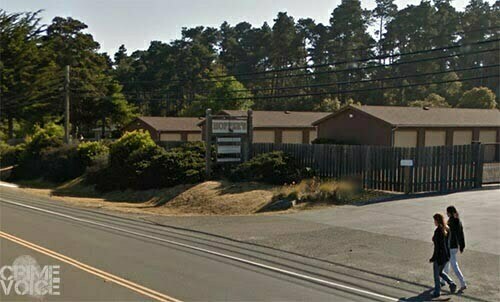 Chester was seen on a bike on Highway 1 in Fort Bragg.

Chester’s history is well known to law enforcement in Fort Bragg. He was arrested in August when he and Jennifer Rae Borges occupied a vacation rental home in Mendocino without permission. He was arrested then for burglary, possession of burglar’s tools, and violation of his probation.

Records show that Tucker Chester was also arrested several other times in the past. In 2009 he was picked up for possession of narcotics. In January of 2013 he was reported to have accidentally called 9-1-1, and then when deputies arrived to investigate the call, he returned to the location in Fort Bragg, and was found to be on probation for the earlier offense, and in possession of both methamphetamine and concentrated cannabis, along with a glass pipe. He also had a suspended drivers license.

Then in April Chester was arrested for battery on a spouse or co-habitant (domestic violence). He also had a probation violation charge against him in June.

In September, 2013 he was found to have burglarized a home in Caspar, a town just south of Fort Bragg. He had broken into a garage at a home on Caspar Little Lake Road, and taken $5,500.00 worth of power tools. Sheriff’s deputies had done a probation check on Chester the same day the burglary report came in, and found a collection of tools at Chester’s Main Street, Fort Bragg residence. The tools were seized during the check, and the victim came to the Sheriff’s substation in Fort Bragg and identified them as the ones stolen from him. Chester was arrested, and reportedly admitted to breaking in the home and stealing the tools.

In February of this year, Chester posted a message on his Facebook page stating that he was then at the Salvation Army Adult Rehabilitation Center in San Francisco, in an apparent effort to clean up his life. However, in May and August of this year he was charged with disobeying the domestic relations court order. That was followed by an August 22 arrest for burglary, possession of burglar’s tools, and probation violations, leading to his warrants. He also posted to Facebook that he was moving back to Oregon, where he is originally from. His September 17 post about moving to Wolf Creek, Oregon, a small town just off Interstate 5, was perhaps premature, and likely would have been a violation of his probation. In any case, he was back in town last week.

When deputies found Chester on his bike last Monday, he was searched, and they found a two foot long steel rod, 3/4 inch in diameter. The terms of his probation disallow possession of any dangerous weapons, so he was arrested on the three warrants, and charges of possession of a dangerous weapon and probation violations. He was held at Mendocino County Jail on a no bail status.

CrimeVoice: Couple enjoys a vacation rental – for a while