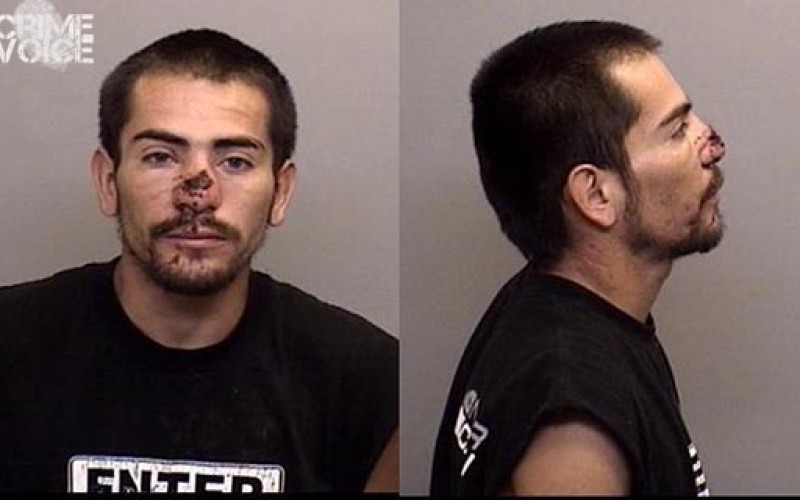 These days in California, due to budget constraints and prison realignment, people arrested for non-violent crimes are usually released on little or no bail pending their court date, and sentencing often results in jail time that is reduced or eliminated in favor of probation, parole and “AB109 Post Release Supervision”, which is similar to parole with frequent follow-ups with assigned officers. Unfortunately, for some arrestees, being back on the streets allows them to continue doing what they do best.

One case in point is Alejandro Murillo, also known as Alejandro Murillo-Gonzalez or Alejandro Gonzalez. The 23-year-old was arrested yesterday, August 18 in Cloverdale, Sonoma County for possession of stolen vehicles and property. As it turned out, he had been arrested three times before, just in the past three weeks.

On July 28, the Mendocino County Sheriff’s Office announced that they had received reports of a stolen vehicle from the California Highway Patrol at 2:10 am. They said it was approaching the town of Willits on Highway 101 going north from Sonoma County. Sheriff’s deputies, along with Willits Police officers and the CHP stopped the car in Willits and ordered Murillo to step out. He started to obey, and left the vehicle, but as they began to take him into custody, he started resisting, and was said to have made a move to his sweatshirt pocket. The deputies quickly wrestled him to the ground, where they completed handcuffing him. His mugshot showed the effects of his brief, but violent encounter. 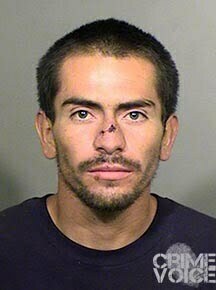 Murillo-Gonzalez was arrested again by Modesto CHP while recovering from his injuries.

He was booked at the Mendocino County Jail on charges of auto theft and resisting arrest. Bail was set at the time of $15,000. But he was out on bail soon, and just one week later, he was arrested by a Highway Patrol unit while traveling on Interstate 5 near the central valley town of Newman, west of Merced. An officer out of the Modesto CHP office caught him in a stolen vehicle, and he was detained and booked into the Stanislaus County Jail on August 4. By the next weekend, records show he was again picked up, this time by the Santa Rosa CHP, and charged with possession of stolen property, driving without a license, and speeding.

Now, another week later, on August 18, Sonoma County Sheriff’s detectives, investigating a stolen vehicle and property case, responded to a residence on Asti Road in Cloverdale, a largely rural and industrial area right next to Highway 101. They found Alejandro Murrilo-Gonzalez along with 2 stolen vehicles and other stolen property taken from local businesses over the past few weeks. One of the vehicles parked there had been stolen from a home in Geyserville, just a few miles south, during a residential burglary there. It is not clear what his connection is to the location where he was arrested, as his home of record is an apartment about 3 miles away, also in Cloverdale.

Alejandro’s most recent arrest took place at a residence along Asti Road in Cloverdale.

Murillo-Gonzalez was arrested once again, charged with two counts of vehicle theft and possession of a stolen vehicle, and one count of possession of stolen property. His bail was set higher at $50,000.00, a hopeful deterrent to him him stepping out of the courthouse once again and planning his next big adventure. 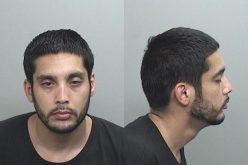 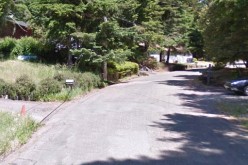