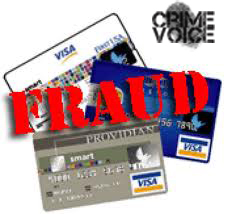 Perez, between February and August of 2012, is being charged by the County of Santa Clara’s office for felony count indictments claiming that Perez participated in the crime of theft, and/or embezzlement of more than $950 by a person, not a caretaker, from an elder or dependent adult, in violation of PC 368 (d).  The victim, who was 86 years of age, was in fact Perez’s mother.

Perez, through coercion and forethought with her 32-year-old daughter Jennifer Florence Kummert, have both been charged in connection with the theft, embezzlement, forgery, fraud and identity theft of their mother/grandmother’s money, labor, goods, services, real, and personal property – namely, money, credit, credit cards and or valuables exceeding more than $950-dollars. Kummert, the victim’s granddaughter, had been arrested earlier this year, and was convicted of the crimes on October 25th. Her sentencing occurred on the same day her mother was arrested.

Bourland said, “If victims make timely claims, by filing affidavits of fraud, to their bank, they are usually made whole if the bank agrees fraud was involved.”

Starting in February of this year, Perez had forged credit card applications knowingly falsifying information in order to receive a card under her mother’s name.

An ACE credit card was opened in the victim’s name, with charges made for more than $3,500-dollars, along with a Citi Bank Bronze Advantage card.

The fraud that started in February through mid June amounted to losses of approximately $9,800, based on investigators’ review of bank account statements and review letters.  Perez herself was not arrested at the time her daughter was arrested, however, but with further follow up investigation by officers it was found that Perez had participated in the scheme to use credit cards falsely applied under her mother’s name.  Perez was booked into the Santa Clara County Main Jail for two felony counts of fraud, and embezzlement of an elderly person on Nov 30, 2012.

Bourland said, “Credit card companies may not be privy to California Laws.”

A report of identity theft and fraud was reported based on information received in the mail from credit card companies.  A disputed charge of $3609.43 had brought attention to a possible fraud.  Forged documents to open an Amazon.com credit card under a Chase Bank account were denied.   An account with Barclay’s Bank, after a verification of acceptance had been received, was closed by the victim. An AT&T Universal Card and Capital One credit card application had also been denied.  A Citibank credit card was opened by Lemus (Perez) with a total of $9783.18 as of May 17 – June 15, 2012.

“There are non-profit legal organizations, such as SALA (Senior Adult Legal Assistance) that can assist elders with such claims,” Bourland said. “If the elder is able to advocate for herself, she should gather all possible documents and present it to law enforcement.  A typed narrative would help.  Law enforcement would then open an investigation, seek further documents and interviews and ultimately present it to the DA’s office.”

It was later learned that in the time of Jennifer Kummert’s arrest, she had been committing elder fraud of the victim while she was on probation.  A probationary search was conducted at Kummert’s address at which time arresting officers had discovered she had six outstanding arrest warrants for her arrest. 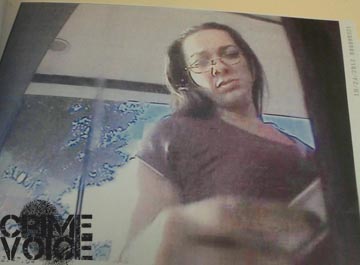 During the search several bank documents with the victim’s name had been handwritten by Kummert were taken, along with a laptop, in order to conduct forensic analysis of any possible fraudulent transactions online.  A document for Pentagon Federal Credit Union, Visa, Mastercard, and GE Capital Retail Bank were found with several other rejection letters, and a billing notice for an Ace Rewards Platinum Visa Card that had a balance of $5,983.49, along with an AT &T bill for $551.58.

The grandmother stated that she did not know how Kummert had gotten her account info or how she had fraudulently gained access to her account.  The victim recounted that she only remembered that they both had stayed with her for two weeks prior to the initial fraud and embezzlement.

“In a perfect world the local bank would immediately recognize the issue as suspected financial abuse of an elder, and as required by law as mandated reporters they should report their suspicions to either APS or local law enforcement, who would then initiate an investigation and cross report to the other,” Bourland said. 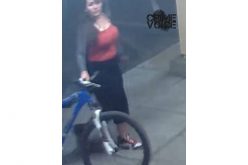 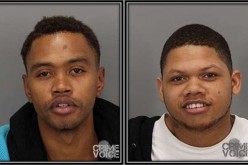 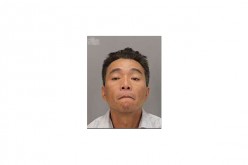