Felony grand theft at a failed luxury car dealership in north Fresno now leads to a five-year probation period and another setback for one former Fresno businessman and nightclub owner. 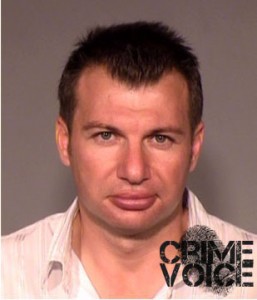 The prosecution claimed that Vartanian owes $790,000 to more than a dozen former customers of the closed car dealership, and that those customers claim Vartanian took their money between the time frame of March 2007 and November 2008.

One of the customers and victims happened to be former Fresno State women’s basketball head coach Stacy Johnson-Klein and her husband, Charles. Arrest warrant documents revealed that a $225,000 Bentley was purchased by the former basketball coach, but the couple never received the vehicle, or even a refund from Vartanian.

County Judge Ralph Nunez handed down the probation sentence, which includes provisions that Vartanian’s property, including financial records, are subject to search and seizure by authorities.

Nunez also stated that restitution, or the restoration of something lost or stolen to its proper owner, has been reserved by the two lawyers representing Vartanian and the $790,000 he’s claimed to owe.

Another issue involving Vartanian is where he’s going to perform his community service. He’s no longer a resident of Fresno and is now residing in Las Vegas. He became the owner of Privilege Gentlemen’s Club in Las Vegas, a venue that opened their doors back on August 19 of this year.

“It will be up to the county probation department to determine whether he does his service there or in Fresno County,” Nunez said. “The prosecution wants the latter.”

Vartanian has had a string of run-ins with the law dating all the way back to 1996.

He was the subject behind a five-year federal investigation that involved the Fresno State men’s basketball team. Vartanian’s name was linked to point-shaving with the college basketball program, but he denied any wrongdoing in the illegal gambling scheme and was never charged. 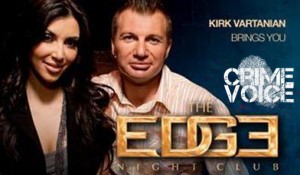 In May of 2009, he purchased the Granite Park area in central Fresno, with hopes of turning that side of town into a Las Vegas-type feeling area for the city of Fresno. One venue he opened was The Edge nightclub, which was located off the cross streets of Cedar and Ashlan Avenues in central Fresno. The grand opening of the nightclub even brought along reality television star Kim Kardashian, who was helping promote a celebrity shoe line by appearing at the grand opening of The Edge.

The club, which first opened its doors on June 19, 2009, was open for one night only, and has not been open since then, due to a domestic violence charge for Vartanian that was reported the following Saturday night.

His former wife, Natasha, claimed that he slapped her and threatened her with a kitchen knife. She also claimed in the police report back in 2009 that he even tried to suffocate her with a pillow while inside their northeast Fresno residence. A judge dismissed the case, after Natasha Vartanian opted to not testify against him. The couple divorced in 2010 according to court documents.

In July of 2011, Vartanian pleaded no contest to one felony count of grand theft. In exchange, 14 other felony grand theft charges were dismissed. One of the counts was tossed because of a lack of evidence.

The plea deal included no prison or jail time for Vartanian, but if he violates terms of probation for felony grand theft, he could see time behind bars. 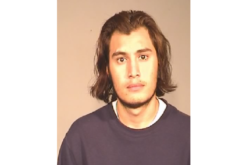 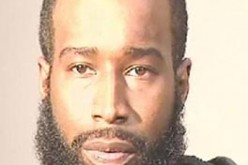 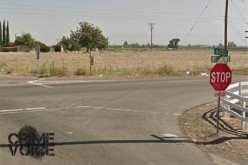