Salinas—On May 24, the Salinas Police Department arrested Daniel Lujan Sr. 66 of Salinas and charged him with a number of sexual assaults on a child. 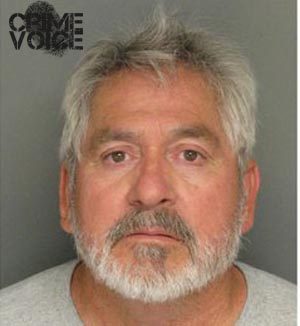 Lujan, who operates the Salinas Boxing Club in Closter Park, is accused of regularly rubbing a topical cream (Albumin) all over the body of a 14-year-old female to promote sweating.  However, he also rubbed the cream on the victim’s buttocks and breast.

On several occasions he attempted to touch her vaginal area and recently he had been telling her that he wanted a sexual relationship with her.  Lujan is accused of molesting the 14-year-old for roughly three years.

Rick Noble, trainer of four-time world champion Carina Moreno, told Monterey County Herald writer Dennis Taylor in a story that boxers would routinely rub it on their bodies to promote sweating and weight loss, In fact, he has applied it to Carina’s back, shoulders and arms but always in a crowded gym with lots of people around.

Max Garcia, who is now a pro trainer with Garcia Boxing and has known Lujan for about 23 years, said that, “That there is no reason why a trainer should be applying the cream in those parts of the body.”  Garcia also added, “Regardless of how Lujan feels about me, we must not forget that there is a young lady involved and she is very courageous for coming forward, and we are very concerned about her well-being.”

The Salinas Boxing Club that is now in Closter Park uses to be the Breadbox, but moved in a 2006 land use dispute with the City.   It was at that time that the Garcias informed the Salinas City Council subcommittee about Lujan’s behavior.  “He (Lujan) was very abusive to the kids at the gym, at times I would just leave when he talked to the kids that way.”  Garcia said. “At times Lujan would throw everyone out of the gym, including trainers.” Garcia also added.

This case is still ongoing, and since Lujan has operated the Boxing Club for many years and had access to a number of children, The Salinas Police Department is asking if there are any other possible sexual assault victims.  They are encouraged to contact Detective Byron Gansen at 831-758-7137 or the Salinas Police Investigation Division at 831-758-7226.