A Fresno County gang member has been arrested on a litany of charges after reportedly leading police on a pursuit last week.

On the night of Friday, June 17, 36-year-old Eddie Serna reportedly sped away from officers after failing to yield for an attempted traffic stop. A police chopper responded and monitored Serna from the air, as ground units had declined to pursue out of concern for public safety, police said.

The pursuit continued until Serna collided with another motorist in the area of Weber and Olive Avenues, where he then abandoned the vehicle and continued on foot. Officers who arrived at the scene found a magazine loaded with .40 caliber ammunition in the driver’s seat of Serna’s vehicle, police said.

Police then caught up with Serna just as he was reportedly forcing his way into a detached garage on West Hedges. Officers quickly converged on the scene and contained him inside.

The Police Department’s SWAT unit responded and ultimately were able to take Serna into custody without further incident.

He was booked on suspicion of numerous gun- and gang-related charges, as well as domestic violence, evading police, and drug charges. 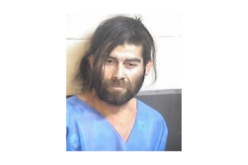 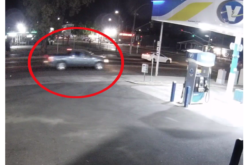 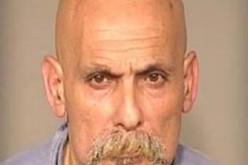