“On 05-06-2022 the Mendocino County Sheriff’s Office received a call about a possible assault which occurred in the 32000 block of Shimmins Ridge Road in Willits, California.

The Deputies learned that at approximately 5:05 PM a 33 year-old adult female was parked in a vehicle in the 32000 block of Shimmins Ridge, when Tesla Hencz, drove past. Deputies believed the adult female and Hencz had been arguing because they were both romantically dating the same person.

Hencz then left the area towards the direction of Highway 162. Deputies checked the area but did not locate Hencz or her vehicle and a BOLO (Be-On-The-Look-Out) was issued to local law enforcement agencies.

On 05-07-2022 a Mendocino County Sheriff’s Deputy noticed Hencz driving her vehicle in the Laytonville area.

The Deputy conducted a traffic stop on Hencz and she was subsequently arrested for assault with a deadly weapon (245(A)(2) PC), vandalism (594(A)(1)) PC) and an active misdemeanor warrant.

Deputies found a spent .22 caliber shell casing inside the vehicle. Deputies further noticed Hencz’s vehicle had damage to the front of the vehicle consistent with the reported incident.

Hencz was booked into the Mendocino County Jail where she was to be held in lieu of $32,500.00 bail.” 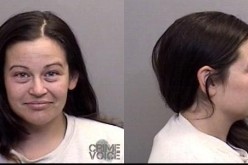