FORT BRAGG — On the evening of July 4th at approximately 7 o’clock, Mendocino Sheriff’s Office deputies conducted a traffic enforcement stop near the intersection of Kasten Street and Ukiah Street for equipment violations. Naturally, there ended up being more to the story. 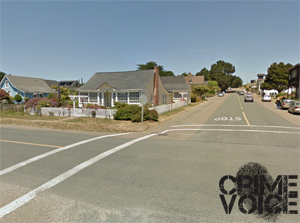 As soon as they clapped eyes on him, deputies suspected that the driver — a man by the name of Jonathan Denver — was intoxicated, with a BAC well in excess of the legal limit. Deputies called upon the assistance of the California Highway Patrol, who took over the investigation upon arrival.

During said investigation, Denver’s passenger — 26-year-old Anthony Lowe — also showed signs of inebriation and was asked to vacate the scene. He did, but returned minutes later and waited nearby while CHP officers concluded their investigation and took Denver into custody.

It was then that Lowe became aggressive and began shouting obscenities toward officers,  forcing his way into Denver’s vehicle to reclaim items he’d left therein.

As he turned to depart once more, Lowe tried unsuccessfully to spit on a nearby deputy. With this, coupled with Lowe’s irate behavior and clear symptoms of intoxication, deputies made the decision to take him in as well.

As soon as they approached him, however, Lowe lunged forward and had to be forcibly restrained. Shortly after, as he was being escorted into a transportation vehicle, he began threatening bodily injury and made a failed assault attempt on the transportation deputy.

Lowe has since been transported to and booked into the Mendocino County Jail on $20,000 bail. He was also on active summary probation at the time of his arrest. 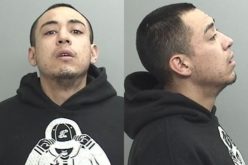