Two people were recently arrested in Mendocino County after stolen credit cards, checks, mail, and other items were reportedly found in their possession.

Deputies responded on the morning of December 6 to investigate a report of suspicious vehicles along Sherwood Road, near Highway 101, in Laytonville. The vehicles in question, two U-Hauls, appeared to match the descriptions of the vehicles seen in a home surveillance video posted to social media earlier that morning; a video which also reportedly showed a person stealing gas containers in Willits, the Sheriff’s Office said.

One of the vehicles, a Chevrolet truck with some of the U-Haul stickers removed, had been reported stolen out of Sonoma County. The other, a standard U-Haul box truck, appeared to have had someone living in it. A dog that was found in the front passenger compartment was turned over to animal control for an injury that required “extensive medical attention,” according to the Sheriff’s Office.

Deputies searched the two trucks and, after all was said and done, had located assorted mail, debut cards, US Treasury checks, numerous checks written by various people, a chainsaw, an empty Glock magazine, a lock pick kit, a pry bar, a gas can, and other items. The Sheriff’s Office reports that the total amount of the checks was over $4,000.

Though no suspects were found at the scene, deputies also found numerous articles of mail bearing the name of 36-year-old Shevelle Perkins, soon identifying her and her boyfriend — Christopher Brockway — as the primary suspects connected to the stolen items.

The two were ultimately located and arrested the following day. Brockway was found to be in possession of an unloaded 9mm handgun with no serial number and a loaded magazine in his pocket. 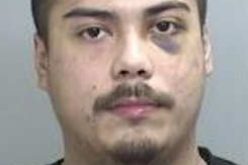 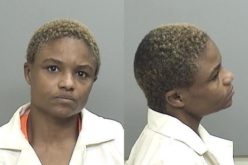