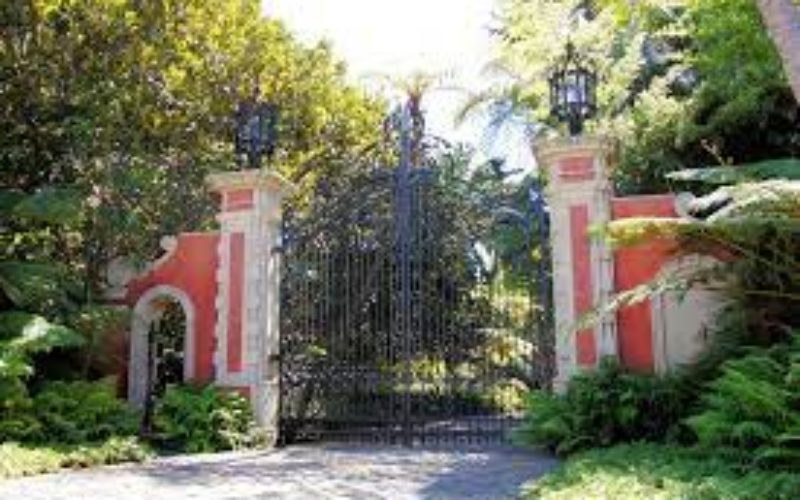 October 29, 2021 – Santa Barbara, Ca.
Given the fortress-like walls, gates, and 24/7 security surrounding the multi-acre palatial grounds of Beanie Baby toy magnate Warner, it’s hardly a soft target for a violent break-in and burglary attempt. But none of that apparently entered the mind of 35-year-old Santa Maria resident Marc Travis Gramespacher in the pre-dawn hours of October 24 th when he drove his car right through the Warner estate’s front gates.

According to Santa Barbara Police Department spokesman Sgt. Ethan Ragsdale, that vehicular incursion was but one stop on “an usual crime spree” and followed his burglary at a nearby gas station where he entered the station’s convenience store and then allegedly “rummaged around inside, ultimately making off with cigarettes, sunglasses, motor oil and a safe.”

Apparently having disabled his car as he rammed through the Warner estate gates, Gramespacher reportedly left it sitting on the Warner property before walking a half mile back into a Santa Barbara commercial district, all the while smashing car windows enroute.

Returning to the scene of his earlier crime at the gas station, Gramespacher was confronted by uniformed SBPD officers who promptly “confronted him and used video surveillance to determine he was a suspect in the earlier burglary.”

Meanwhile, back at the entrance to the Warner property, a license plate check of the abandoned vehicle linked it to Gramespacher, allowing the cops to call off the Santa Barbara Sheriff’s Department Air Support helicopter unit which had been hovering in search of unknown intruders. Gramespacher was transported to Santa Barbara County Jail, where he was booked on charges of felony burglary, felony burglary during a state of emergency, felony vandalism, and misdemeanor hit and run. He remains in custody with his bail set at $82,500. 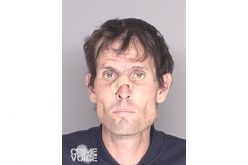 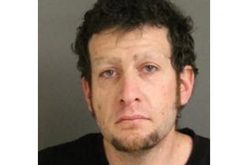 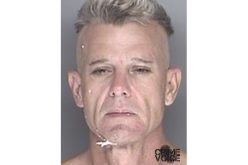