Three suspects were arrested in relation to gunshots fired in the city of Ontario, thanks to the help of the Ontario Police Department air unit.

The shots were heard in the 1500 block of West Holt Boulevard around 10 p.m. on Sunday, October 24th.  The suspects took off before getting caught but didn’t make it far.  “Shortly after receiving the call, the OPD air unit arrived on scene and located the suspect vehicle leaving the area,” according to the release.

With the help of the police chopper, Montclair police officers on the ground were able to stop the vehicle in the city of Montclair.  Three suspects—37-year-old Juan Dominguez of Pamona, 22-year-old Javier Lopez of Pomona, and 22-year-old Julio Camargo of La Verne—were subsequently arrested with the assistance of Ontario officers and booked at West Valley Detention Center.  Officers also found 2 handguns in the suspect vehicle and shell casings where the shots were fired.

“OPD would like to highlight MPD’s prompt response and assistance with locating and apprehending the suspects.” 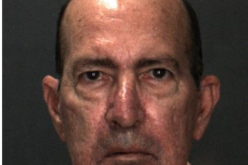