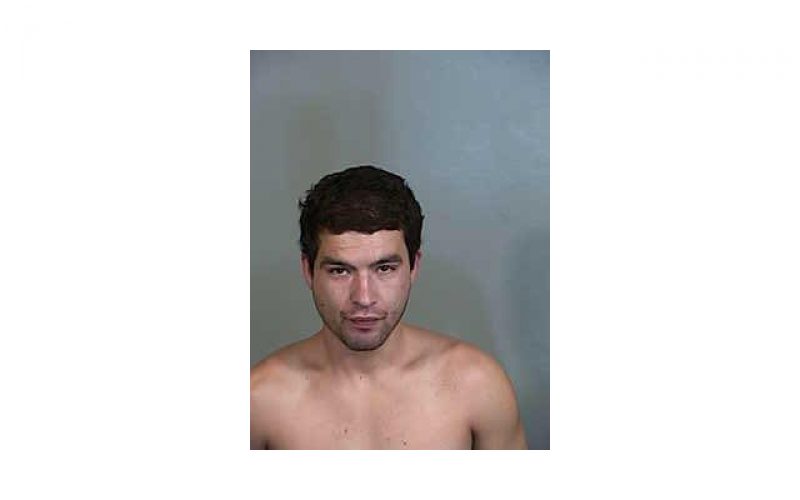 YREKA // Just before 2 AM on December 3rd, Yreka officers received word of someone recklessly firing gunshots near Jolley’s Club Bar.

The subject, reportedly wearing a white camouflage-style jacket, had last been seen fleeing southbound on Fourth Street from Jackson. Yreka PD units arrived momentarily and found him on the 800 block of South Oregon Street.

He then jumped a fence into a nearby yard to try and hide, but officers caught up to him. He refused orders to stay on the ground, at which point a taser was utilized. When the taser proved ineffective, the subject was tackled to the ground.

During the arrest, he reportedly kept threatening and trying to spit on officers.

28-year-old Eligio Duran of Perris is now housed at the Siskiyou County Jail on charges relating to negligent discharge of a firearm and resisting arrest. No specific persons had been targeted and, despite officers having found ten spent shell casings on the ground, no buildings or vehicles appeared to have been struck.