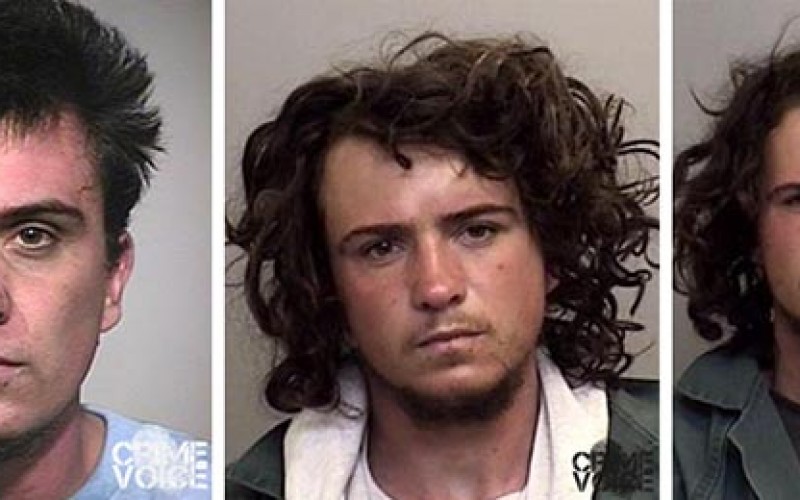 Paul Stephen Golyer, who just turned 25 in May, has already built up quite a record for himself, and has been the subject of some notoriety in the past. He was arrested in Ukiah on Thursday, August 28, and again this Sunday, September 7. But he first made the news in November of 2012.

It was then that the 23-year-old transient, then of the San Rafael area, was walking on San Francisco’s Golden Gate Bridge with a 10-week-old puppy. He was seen kicking, dragging and even swinging the dog on its leash. Bridge Police alerted the Highway Patrol after witnessing the abuse, and he was arrested. According to a story published in the San Jose Mercury News, the dog’s rear paws were raw and bleeding, and its breathing was labored and short. It had possible internal injuries, and was taken to the Marin Humane Society for treatment. He was charged with felony animal cruelty. It was also reported that Golyer at the time had a prior conviction in Arizona for attempted armed robbery. 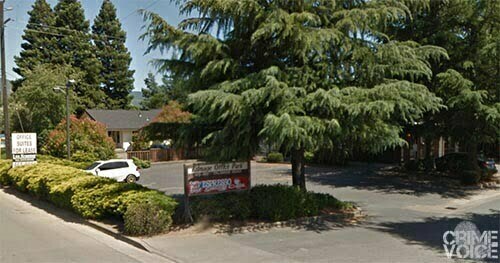 Golyer’s Jimmy crashed into a truck in this Ukiah lot.

A few months later, in January 2013, Golyer was in trouble again, this time in Ukiah. According to a police press release, on Friday, January 24 at 3:20 in the afternoon, police were sent to Talmage Road on reports of transients in the area fighting with each other. As they arrived, the participants fled. The officers did, however, find a tan 1999 GMC Jimmy (small SUV) which had crashed into a pickup truck parked at the Talmage Office Park. The Jimmy had apparently lost control and spun sideways into the truck, moving it 2 parking spaces, while damaging signs and landscaping.

Police found the driver, the same Paul Stephen Golyer, at the scene, showing signs of intoxication. A 54-year-old woman, who was his passenger, suffered injuries in the crash. Golyer was arrested for DUI with injury to another person, with alcohol level over .08%. Golyer still reported his residence as transient, but now from Phoenix, Arizona. 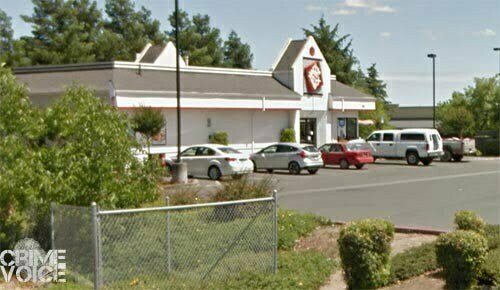 Then on Thursday, August 28 at 2:09 pm, Ukiah police were sent to the Jack-In-The-Box on Airport Blvd. on reports of an intoxicated man causing a disturbance. They found Golyer showing definite signs of intoxication, and he even told them he had been drinking. The officers arrested him for public intoxication and probation violations. They put him in the back of the squad car to take him to the Mendocino County Jail for booking. As they were driving, he reportedly began to hit his head on the partition between the back and front seats. The officer told him to stop, and he responded by turning around on his back, and he then began kicking the partition.

He was told once again to stop, but he continued, and additional patrol officers responded as the officer pulled over to deal with him. Together they managed to restrain him, and place him in more secure restraints so he could do no further damage to himself or the patrol car. They made it to county jail, where the additional charges of resisting or delaying an officer were added to his list.

This Sunday, September 7,  he was once again arrested for violating probation and contempt of court – disobeying a court order. Ukiah Police had been called to the 1200 block of Airport Park Boulevard on reports that Golyer was seen there, in violation of a restraining order. He was first placed under citizen’s arrest, and was then picked up by police for booking. 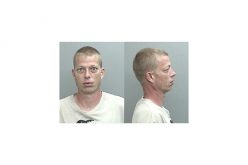