SAN JOSE – 39-year-old Josephine Ines Richardson was arrested on June 30th following a “strong arm robbery” under PC 211-212.5 (c). Court documents revealed Richardson had taken personal property from a female victim during the course of her attack. Richardson had used force in order to gain control of the female’s cigarettes after she had been offered one, but had not been given one. 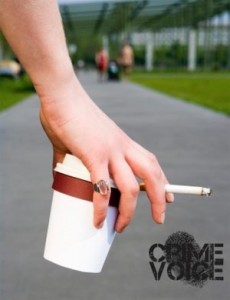 Richardson does not have an extensive rap-sheet, however, she was known by the victim to use violence during the course of their relationship as friends. It was alleged by the victim that on June 30, 2013 Richardson knocked the victim to the ground and took her cigarettes. The victim went to her boyfriend’s car, he did not see the altercation from where he was parked across the street, but was able to find a off-duty officer working traffic and asked the officer for help. The victim told the sworn-officer she had known the suspect for about three years, and believes Richardson has a mental condition that can cause her to become violent.

According to the victim’s statements, she had offered the suspect a sip of her coffee. Richardson held it and began to consume the coffee when the victim took the coffee cup back out of her hands.  Ending their contact, she then began to cross the street. Richardson was angered that her friend neither gave her a cigarette, nor continued to share her coffee.   Richardson then began to attack her by pushing her face down onto the ground. Richardson proceeded to get on top of the female victim and began to punch her in the head.  The assailant then took her cigarettes out of her hand and left the scene.

A San Jose Police Department (SJPD) officer who was riding his bike in the area heard a report come over the radio of a “strong arm robbery”. He had located a possible suspected on S. 3rd Street, just south of Santa Clara Street. The officer held the subject on suspicion until other officers could arrive. It was determined that Richardson was on searchable probation. The officer explained to Richardson that she was being held because he was, “looking into something that happened earlier today.” During the detainment, Richardson had admitted to arguing with the victim “Dawn”. She stated, “The victim had offered to share her coffee, then she took it back making [her] mad.” 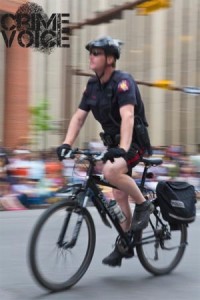 Based on the statement made by Richardson about the attack, she was transported by San Jose Officers to the Santa Clara County Main Jail, and booked on assault and robbery charges.  A plea hearing was held on July 3, 2013. Richardson is expected to appear in court for sentencing on August 9, 2013. 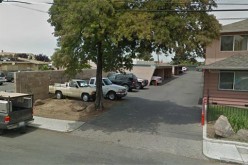