TURLOCK – The Stanislaus County Sheriff’s Department is in search of 42-year-old Eduardo Favian Maldonado for the murder of his wife’s co-worker. 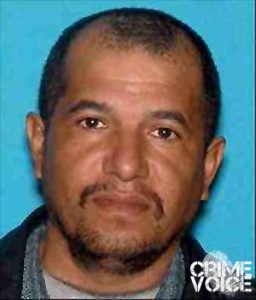 The SCSD say Maldonado responsible for killing the unidentified victim. He fled the scene and authorities are yet to capture him.

The incident happened just after 3 p.m. on Sunday. The victim and Maldonado’s wife had been working in a watermelon field near Simmons Road and Washington Road, and began walking back to their car along with other co-workers. The victim and the wife heard a car speeding toward him. The wife told police that she turned around and saw her husband in the vehicle coming at them.

Maldonado began firing shots at his wife and the victim, hitting the victim and barely missing his wife. The victim was transported by helicopter to a hospital, where he died around 8 a.m.  Monday morning, authorities said.

Maldonado fled and authorities searched the area, using a helicopter to try to locate Maldonado, but were unsuccessful.

During the incident, he was driving a dark red 1999 Mercury Mystique with license plate 5FLX194. Authorities say he may be attempting to flee to Mexico. He is wanted on charges of murder, attempted murder, and attempted corporal injury on a spouse.

A motive for the crime has not been revealed. 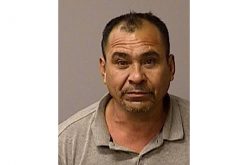