Midday on July 11, a report came in to Turlock Police that two males were fighting. The call came from the 500 block of Castor Street. Officers also learned that this incident involved a stabbing.

The victim of the stabbing flagged down a responding supervisor. Medical personnel came to administer aid until the ambulance arrived.

The victim gave police the name of his attacker, as well as where he might be found. The stabbing occurred as a result of the oft-occurring “disagreement.”

Officers proceeded to the 400 block of West Main Street. 39-year-old Kenneth James Shipman, was spotted by police. A perimeter was set up in an aattempt to apprehend Shipman. An aerial search was also added.

Shipman was discovered in a neighboring residence and taken into custody. An hour had elapsed since he was first spotted.

Shipman was booked at the Stanislaus County Jail, charged with attempted homicde. His bail was set at $500,000.

Detective Raul Garcia said, “The safety of our community is our number one priority.  We want to thank our law enforcement partners who assisted in the apprehension of this individual.” 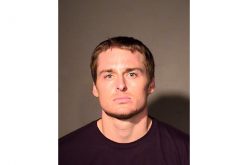 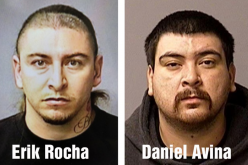