When Santa Barbara County Sheriffs showed up at a Goleta home in response to a 911 Emergency domestic violence call on the morning of June 28th, they likely expected to find the usual husband-wife dispute in progress.  What they found,

instead, was a mother who had been struck with a racquet-ball racquet and her 14-year-old daughter who had been forced to flee their own home in fear for their safety.

According to SBSD Public Information Officer Kelly Hoover’s report to the media, Felipe Barrera, 20, had reportedly shoved his mother, seized and destroyed her cell phone to prevent her from calling law enforcement, then hit her with the piece of sports equipment, and ultimately fled the scene.

When deputies arrived at the home, they found it vacant, and quickly learned that the mother and daughter had retreated to a local area gas station where they were eventually contacted.  According to Hoover, “the mother and sister conveyed the suspect was still at the residence” with access to firearms.

Pursuant to that possibility, deputies requested assistance from the SBSD SWAT team.  When those resources were in place, deputies eventually tracked Barrera to another nearby residence where a probation search was conducted and where he was ultimately located and taken into custody, along with one of the juvenile residents who had failed to provide truthful information during the search.

Once Barrera was in custody, deputies returned to his residence and found a loaded .22 rifle that had been altered for purposes of concealment.

Barrera was subsequently transported to Santa Barbara County Jail where he was booked on charges of assault with a deadly weapon, destroying a communications device to prevent summoning of law enforcement, and committing a felony while out on bail. 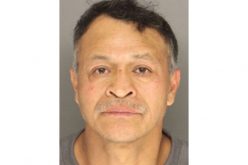 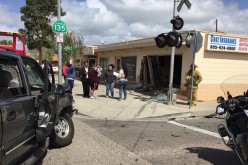 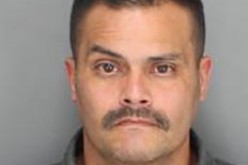 Distraught over estrangement, man believed to have stabbed ex 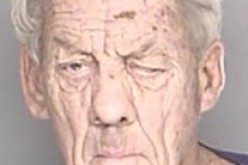 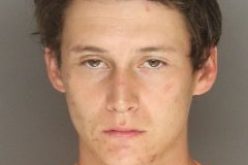