A leisurely drive up the Pacific Coast Highway via U.S. 101 through Ventura and Santa Barbara counties can be a lovely, romantic sojourn on a beautiful Sunday afternoon…or it can be a death-defying event involving multiple units of the California Highway Patrol and Santa Barbara County Sheriffs in hot pursuit of criminals with no apparent regard for their own safety or that of the motoring public.

On Sunday afternoon, April 14th, a CHP patrol unit attempted to conduct a routine traffic stop just north of the city of Ventura on a northbound vehicle driving beyond the speed limit.  When the driver of the car spotted flashing red lights in his rearview mirrors, however, he apparently let his “inner Bruce Willis” get the better of him, and rather than pull onto the shoulder of the highway as would be reasonable, he simply floored the accelerator and headed into Santa Barbara County.

The chase was on.  With the glistening Pacific on their port side, the suspect vehicle and the pursuing CHP unit “began a chase through Ventura and Santa Barbara reaching speeds exceeding 90 mph,” CHP spokesman Officer Steve Reid said in comments to the media.

Traveling at those speeds through the cities of Carpinteria, Summerland, Montecito, Santa Barbara, and Goleta—no small feat on a bottle-necked tourist-packed highway—the suspect vehicle was at one point boxed in by CHP units attempting to slow its forward progress.  The driver failed to recognize the danger of his errant ways, however, and rammed the back of one of the CHP units, driving though the “rolling roadblock” and continuing northbound.

A short while later, just south of the Gaviota Tunnel, the suspect vehicle was brought to a halt by additional CHP units, and its driver was formally contacted by somewhat anxious officers who forced him from his vehicle with no less than four shotguns and multiple handguns making the point that failure to comply with vocalized instructions to alight could be messy.

John Ramirez, 40, was promptly given a seat on the roadway, cuffed, and taken into custody.  He was booked into Ventura County Jail—where the original violation occurred—on charges of DUI, felony evading arrest, and assorted motor vehicle violations. 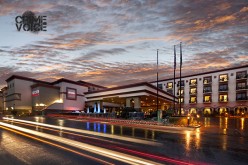 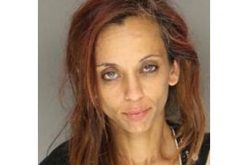 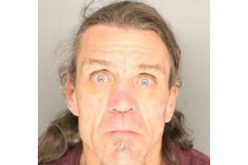