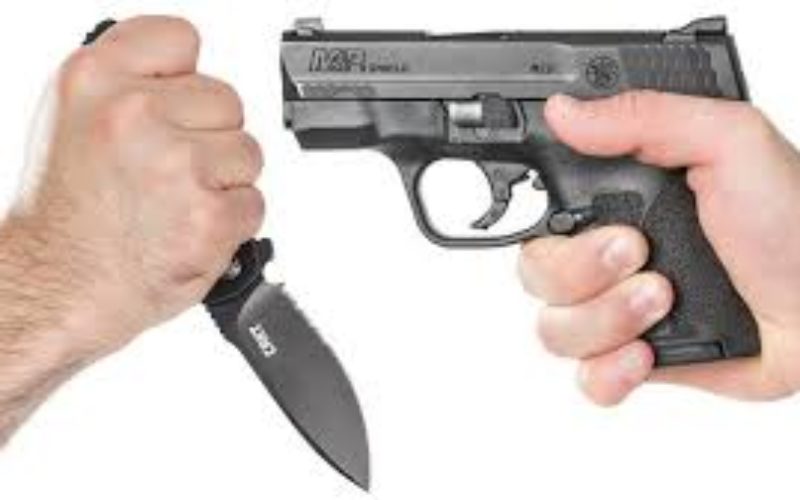 November 3, 2021 – Santa Barbara, Ca.
The combination of Saturday night carousing, hot tempers, guns, and knives may have been the perfect ingredients for the violence that apparently broke out on city streets in the late evening of October 30th.

Evidence of that surfaced, according to Santa Barbara Police Department spokesman Sgt. Ethan Ragsdale, when SBPD dispatch was notified of “two men at the emergency room of Santa Barbara Cottage Hospital, one with a gunshot wound and the other with a stab wound.”

Upon arrival at the hospital, officers were alerted to a citizen’s report of “a fight and possible shooting” in a nearby residential neighborhood. Officers and investigator promptly responded to the reported location and discovered “blood evidence related to a shooting, and a knife in the street.”

The ensuing investigation indicated that a fight had erupted among a group of individuals at that location and quickly escalated when one of them whipped out a pistol and pointed it “at close range” at others in the group.

As these things go, the individual at the wrong end of the pistol barrel “produced a knife and stabbed the gun-wielding suspect” just as the pistol-packer shot the guy with the knife. At that point, anyone who wasn’t either stabbed or shot hastily fled from the scene.

The individual sporting the stab wound, 34-year-old Santa Barbara resident Felipe Mercado, was contacted by officers while he was at the hospital and placed under arrest. Once his wounds were attended to, he was transported to Santa Barbara County Jail, where he was booked on charges of attempted homicide, aggravated assault with a deadly weapon, and using a firearm while committing a felony. He remains in custody, with his bail set at $1,000,000. 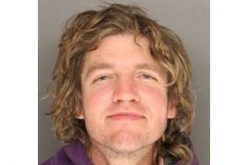 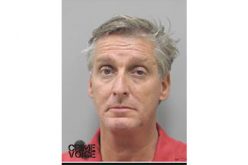 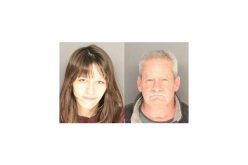