A citizen’s call to 911 Emergency brought police to a downtown Santa Barbara apartment building on the afternoon of Sunday, April 14th.  Upon arrival, Officers Aaron Denbrook and Beth Lazarus observed a two-story-tall extension ladder leaning against the building, just under an open window. 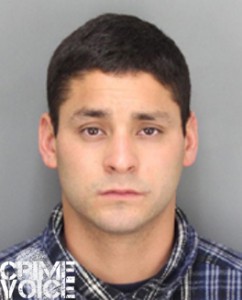 Inside the building, Denbrook and Lazarus discovered Mario Alejandro Elias, 20,detained in the informal custody of the apartment building manager, himself a resident of the premises.  It was quickly determined that Elias was wanted on an outstanding $5,000 DUI warrant, and at that time he was taken into uniformed-and-handcuffed custody.

According to Santa Barbara Police Department Public Information Officer Sgt. Riley Harwood, the manager reported that Elias had scaled the tall ladder on the outside of the building, crawled through the second-story window, and entered a residential unit occupied by an acquaintance of Elias.  It was soon determined by the officers that Elias was in the possession of approximately “$5,000 in cash, assorted prescription medications, and a quantity of marijuana.”

Denbrook and Lazarus researched Elias’ cellphone and discovered that he had texted the victim-acquaintance prior to his ladder escapade to confirm the fact that the apartment was unoccupied during the burglary effort.  When the victim was later contacted by police, Harwood reported that he “was aware that Elias is a drug addict and was not surprised to learn that Elias had burglarized his apartment.”  That claim was later substantiated by a controlled substance examination of Elias at the SBPD Headquarters where he was indeed found to be under the influence of drugs. 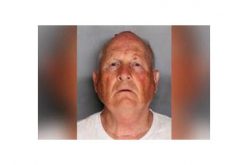 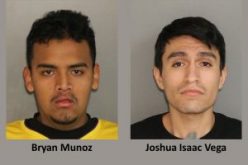 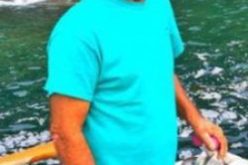 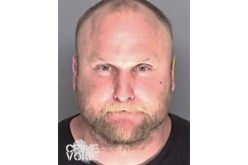 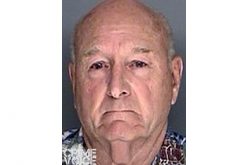 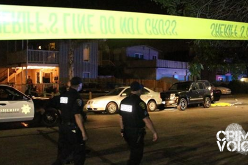 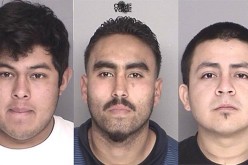