Goleta – For a city incorporated as recently as 2002 which proselytizes about “a full plate of priorities and goals with much to accomplish” in official drum-banging before its citizenry, Goleta already seems to have earned a reputation as a burgeoning “land of opportunity” for those engaged in illicit marketing plans.  In spite of the City Council’s public statements that “the chief concern of the City is the safety and well-being of its residents,” the Santa Barbara County Sheriff’s Office appears to have a challenge in addressing that concern.

Evidence of this reality came, according to SBSD Public Information Officer Sgt. Mark Williams, on December 18th when a lengthy investigation into illegal drug activity in the community finally “led to the arrest of three people and the seizure of methamphetamine, cocaine, and currency.”

In his report to the media, Williams indicated that detectives from Santa Barbara Police Department’s narcotics and street gang enforcement teams had coordinated with the SBSD investigation in serving widespread and multiple search warrants in both Goleta and the City of Santa Barbara, resulting in the seizure of a “full pound of meth, two ounces of cocaine, and more than $6,000 cash.”

Taken into custody pursuant to the service of those search warrants and the subsequent investigation were Salvador Valdez Solorzana, 34, Jaime Eduardo Equihua Montana, 19, and Jesus Amador Zamora Esquivel, 23, each of whom may be candidates in the race for “most interesting and colorful names”. 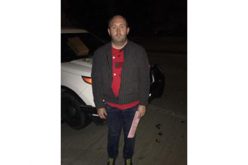 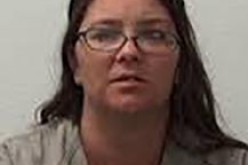