A trio of Stockton residents suspected of committing catalytic converter thefts in Milpitas in recent months was allegedly caught in the act by a resident last week.

According to Milpitas police, a resident arrived home in the 500 block of Roswell Drive on November 3 to find a strange man lying under his vehicle, which had been parked in the driveway. Upon seeing the resident, the suspect fled on foot, while the resident notified police. Police say the responding officer arrived on scene, inspected the vehicle, and noted that the catalytic converter was in the process of being removed from the car.

Milpitas authorities immediately saturated the neighborhood and one officer spotted a suspicious vehicle parked in the area with three people inside. Officials say that the front passenger was in possession of several tools and a pipe cutter was located in the front passenger seat. The rear passenger was reportedly in possession of drug paraphernalia and had an outstanding warrant for her arrest, and the driver was a parolee. Further investigation revealed additional copper recyclables in the vehicle’s trunk.

Arrested were Mario Lagudas, 42, Phornxay Ratsavongsy, 30, and Russhia Lee Pittman, 29. They were booked into Santa Clara County Jail on various charges including conspiracy, attempted grand theft, possession of drug paraphernalia, giving false information to police, possession of burglary tools, and being under the influence of a controlled substance.

Anyone with information on this incident is asked to call Milpitas police at (408) 586-2400. Those wishing to remain anonymous can call (408) 586-2500. Residents are also being urged to notify police immediately if they notice any suspicious activity in their neighborhoods that could involve copper or catalytic converter theft. 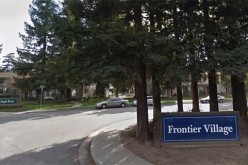