FRESNO – A hole in the roof of a check cashing business provided the opening for an armed robbery and an officer-involved shooting in Northeast Fresno on Thursday.

The crime first began before 8:30 a.m. Police say that at least three men somehow created a hole on top of the Ace Cash Express located near Bullard Avenue and Fresno Street and dropped down through the attic.

Police set up a perimeter within minutes of a 911 call from a store employee. During the operating, four nearby schools, including Hoover High School located about a block away, were on lockdown for most of the day while this was taking place.

The only suspect identified was 26-year-old Leonard Jackson of Banning. Jackson was climbing back up through the hole when he was apprehended on the rooftop.

A second suspect was shot dead while fleeing from police. His name has not been released, but he was described by Fresno police Chief Jerry Dyer as a 31-year-old African-American male on parole for a home invasion robbery and also from San Bernardino County. Police say he was armed and attempting to scale a nearby fence when he turned his head toward officers and was shot once. The suspect, who was a confirmed Crips gang member, was pronounced dead at Community Regional Hospital.

Dyer believes that a third suspect was somehow involved in the robbery, but SWAT teams were unsuccessful in locating the individual and may have fled the scene before a perimeter was set up.

Dyer said in his press conference that the suspects were waiting in the attic before a female clerk opened the door. She not only hit the panic alarm and called 911 after noticing the hole, but left her cell phone on so dispatchers could hear what was going on while she was being robbed at gunpoint.

“They heard one of the suspects direct the victim to open up the safe,” Dyer said.

An officer arrived to the scene one minute after the 911 call, followed by other police units and the SWAT team.

The employee was unharmed, according to Dyer. Police say Jackson trained a gun on the woman while another suspect used duct tape to bind her hands, feet and cover her mouth.

A gun and pillowcase were recovered inside the business. Police arrived before anything was stolen. 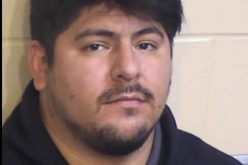 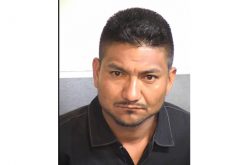 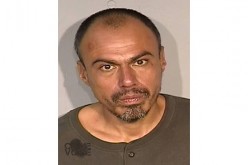 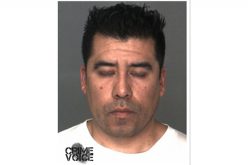