A 64-year-old male caretaker of dependent adults has been arrested for sexually assaulting a woman under his care at a Mission Viejo care facility. Police believe there may be additional victims.

Tustin resident Gil Franco Carpentero was arrested on September 1st for lewd and lascivious acts on a dependent adult. He is being held at Orange County Jail in lieu of $100,000.

Carpentero had been employed for a decade as a caretaker of intellectually and developmentally disabled adults. At the time of the incident, he was working at a care facility in Mission Viejo, where the assault took place.

The victim, a dependent adult female, reported that Carpentero had sexually assaulted her in December 2021, and her family brought the report to police. This month, the Orange County Sheriff’s Department announced that “evidence was recently received linking Carpentero to the reported incident.”

“Due to Carpentero’s access to Intellectual/Developmental Disabled adults, Investigators believe there may be additional victims and are asking… for the public’s help,” said the Sheriff’s Department.

Police are asking that anyone with information related to this investigation contact the Orange County Sheriff’s Department at (714) 647-7419. Anyone who would like to remain anonymous can report through OC Crime Stoppers at 855-TIP-OCCS (855-847-6227) or at occrimestoppers.org said Deputy Christensen. 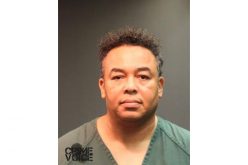 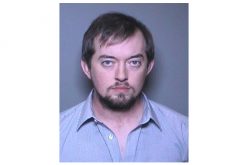