Hollister Police are investigating a recent drive-by shooting in which two people were killed and three others were wounded.

According to police, the shooting occurred shortly before 9 PM on Saturday, March 26. 23-year-old Jaime Jesus Gomez and 21-year-old Daniel Eli Gonzalez, both of Hollister, were killed, and three others were wounded.

Police say the five victims had been gathered outside a home on the 300 block of Rustic Street when they were fired upon from a passing dark-colored SUV that then sped off into the night.

The incident is being investigated as a possible gang-related shooting, police said. 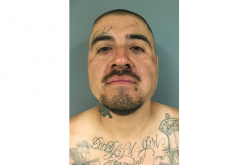