HOLLISTER—Police in the City of Hollister were looking for 35-year-old Hollister resident Jacob Leonard Arballo after he allegedly stabbed another man in the eye. 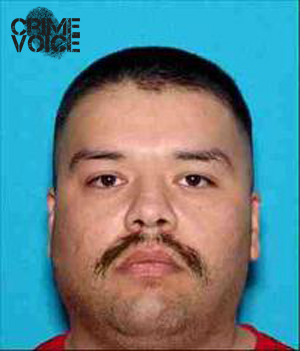 On March 21, Officer Toribio responded to the area of the 100 block of Santa Ana Road on a report that an individual had been stabbed.  Upon the officer’s arrival, he observed the 34-year-old victim covering his left eye.

The victim had blood streaming down his face from his injures.  He was able to confirm that Arballo and him had been talking when an argument ensued.  He stated that Arballo had stabbed him in the eye and left the scene.

“The victim and suspect did know each other at the time of the incident,” Hollister Police Captain David Westrick said. “ They lived in the same area, in fact, he left the area for some 17 hours only to come back to his home and that is where we arrested him.”

Although the victim had non-life threatening injuries, he was flown to a Bay Area trauma center for treatment.  His condition is unknown at this time.

Arballo was on the lam for nearly a day before police spotted him near his home on Santa Ana Road.  The Hollister Police took him into custody at 5:30 p.m. that evening without further incident.

“Our officers worked hard on this case because we had a suspect and we did not know his mental state,” Captain Westrick stated. ”Our concern was, we did not want anymore victims.”

Arballo was transported and booked into San Benito County Jail on charges of assault with force likely to produce great bodily injury, battery with serious bodily injury and mayhem.  He is being held on $180,000.00 bail.

This is still an active investigation and anyone with informatiion is encouraged to call the Hollister Police Department at 831-636-4330.  People wishing to remain anonymous can call WeTip at 800-78-Crime. 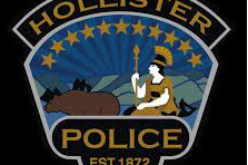