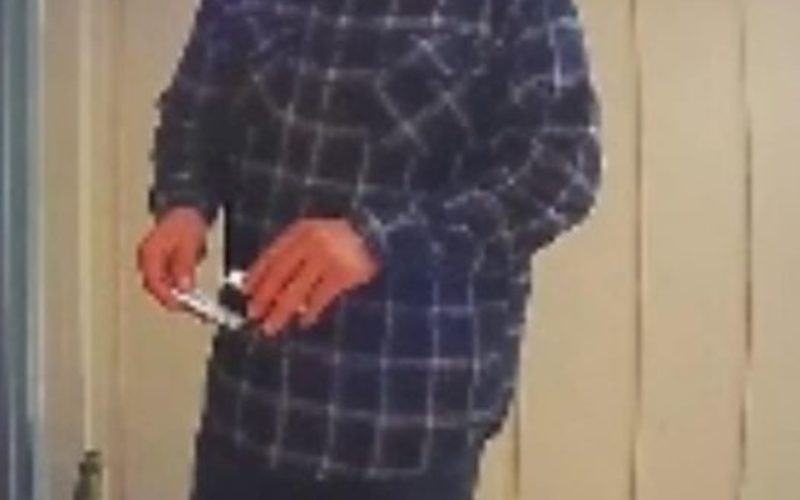 NOVATO — Sometimes police work is easier accomplished via social media. A perimeter was set up and a residential neighborhood was searched for a potential burglar to no avail. Instead, the suspect saw his photo on Facebook, and he contacted authorities.

A suspected burglar was reported in the vicinity of 1100 Bel Marin Keys Boulevard on the morning of November 10. As law enforcement activity commenced, residents in the area were advised to stay inside their homes.

Authorities had a photo of the suspect captured by a security camera. Marin County Sheriff’s Office deputies combed the area looking for the bearded Hispanic man.

They were unable to immediately locate the suspect. Given the possibility that a resident might see the man, a photo of him was posted on the sheriff’s office Facebook page.

“We obtained a photo of the person we are searching for in the Bel Marin Keys area. Please call 911 if you see him.”

At approximately 1 p.m., the shelter advisory was lifted, after no burglary suspect was located. The sheriff’s office later updated its post to notify residents. “The person pictured in our previous post saw their photo on social media and just reached out to us.”

Jaime J. Reyes-Tello, a 28-year-old unemployed man from San Rafael, surrendered himself for arrest. Reyes-Tello was booked at Marin County Jail for misdemeanor trespassing. However, he has more problems.

It turns out, Reyes-Tello was wanted by authorities for an outstanding misdemeanor arrest warrant. In June he was arrested for DUI alcohol/drugs. He was released on a promise to appear in court, but he subsequently never showed up.

Therefore, he was also booked for failure to appear after making a written promise. His arrest in June was his second DUI incident. He was also arrested in Sonoma County for a DUI in November 2020.