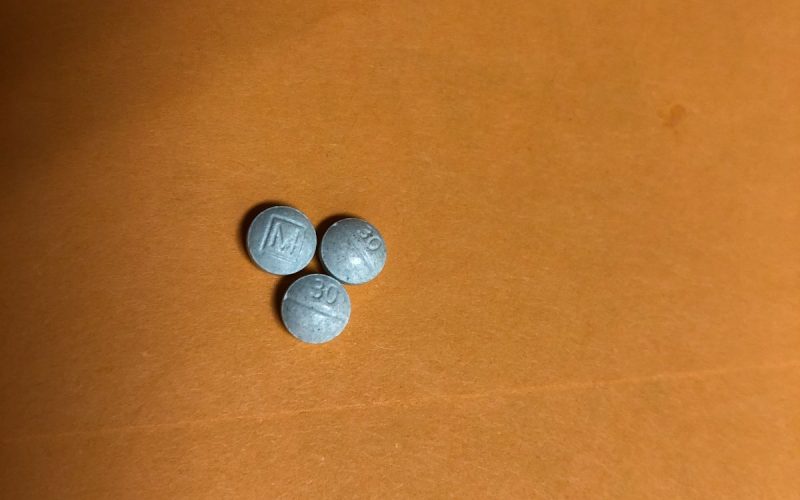 The Deputy noticed a vehicle driving erratically down residential streets.

The Deputy caught up to the vehicle on Arlington Drive, where it suddenly pulled over and stopped.  The Deputy contacted the driver, who was identified as Mark Andrew Nielson.  While speaking with Nielson, the Deputy learned the vehicle Nielson was driving, a gray Dodge Charger, was reported stolen out Lake County.

Nielson was arrested for being in possession of a stolen vehicle.  While searching Nielson’s pockets incident to arrest, the Deputy located a plastic bag containing three blue tablets (photo attached).

These tablets are known to be counterfeit prescription medications referred to as “M30” or “Fetty” and contain the dangerous narcotic, Fentanyl.  “M30″ pills, and Fentanyl in other forms, have been identified as the cause of many drug overdose medical emergencies and deaths throughout Mendocino County.  The three pills found in Nielson’s possession were seized as evidence.

In accordance with the COVID-19 emergency order issued by the State of California Judicial Council, bail was set at zero dollars and Nielson was released after the jail booking process, on his promise to appear in court at a later date.”