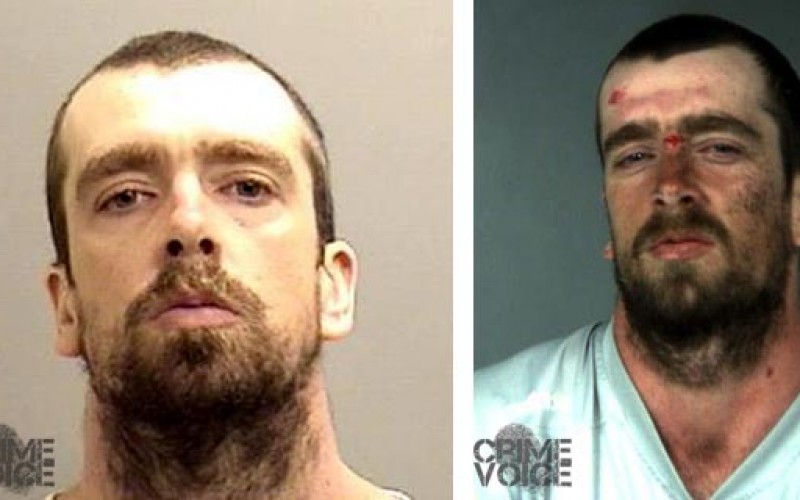 A Mendocino man with a long history of troubles with the law has been arrested once again after disappearing into the wooded area east of the town of Mendocino, along the Big River Haul Road on the banks of the river that empties into the Mendocino Bay south of the town.

Riley Gordon Kiesel‘s history is that of a man with alcohol issues who has been engaged in growing and selling marijuana illegally, but who has also turned violent on several occasions. Back in December of 2004, when he was 21, he was in an accident when he was driving along Little Lake Road in Mendocino, near where he was living, and lost control at a curve due to his excessive speed. The car overturned, but he and the 17-year-old boy who was with him were not seriously injured, according to the Ukiah Daily Journal. He was arrested for DUI, however, and his underage passenger was arrested for being drunk in public.

Kiesel was arrested again in June of 2005 for DUI, and an outstanding warrant, likely from failing to appear for the prior offense, according to arrest records. In March of 2007 he was charged with driving on a license suspended for DUI, selling marijuana, and violating parole.

Then in August 2009 he was arrested for cultivating and selling marijuana, but he was also charged with battery, making criminal threats, and brandishing a firearm in the presence of a peace officer. A year and a half later he was arrested for resisting or obstructing and officer on duty. A year after that, in March of 2011, he faced another parole violation for being under the influence of a controlled substance. 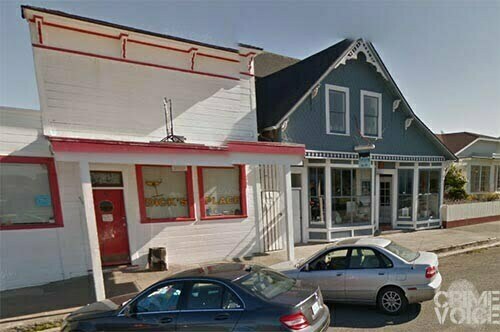 The next year, in May of 2012, according to a story in the Ukiah Daily Journal, Kiesel was at a Mendocino bar called Dick’s Place at 1:30 am. He had been previously banished from the business, and the bartender, Alexander Behounek, told him to leave. Kiesel reportedly argued and threatened Behounek with a knife, but was ultimately forced out of the building. He had apparently been waiting around outside until 3:20 a.m., when Behounek closed the business, and was about to drive home. Kiesel jumped in front of his car, and when Behounek got out, Kiesel stabbed him in the abdomen. An emergency call resulted in Kiesel’s arrest at about 3:30, and Behounek’s airlift to Santa Rosa Memorial Hospital for treatment.

Kiesel was later convicted of the assault, and sentenced to serve one year in jail, followed by 6 months of residential treatment, and at least four weekly Alcoholics Anonymous meetings per week for the full term of his probation. He must have been released early, because in February of 2013 he was in Arcata, a town just north of Eureka and about 150 miles from Mendocino. Late at night, Arcata police reported that Kiesel was detained on suspicion of possession and use of a controlled substance. While they investigated, Kiesel took off running down a nearby alley. His intoxicated state most probably made catching up to him that much easier, and he was soon re-captured, cuffed and arrested for resisting arrest. He also had a loaded firearm with him, and he was charged with carrying a concealed and loaded firearm in public, and possession of a firearm by a prohibited person, along with probation violations.

All of that led up to last month, when on Friday, January 23, Mendocino Sheriff’s Deputies were attempting to contact Kiesel on an outstanding warrant issued by Humboldt County, likely because he failed to appear for a court date from his arrest up there. They tried to contact him at a home out on Crestwood Drive, a wooded area on the bluffs about Big River, just east of Highway 1 and the main part of the town of Mendocino. He was there when they arrived, but ran out the back, headed down the hills towards Big River Haul Road and the river. 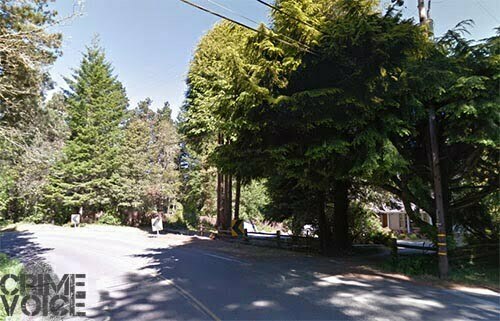 The deputies initiated a search for him, enlisting the aid of Highway Patrol officers, California State Park Rangers and Fish & Wildlife Wardens, Fort Bragg police, and two of the Sheriff’s K9 units. After a couple of hours, they gave up the search, and notified the public via a reverse 911 call that he was wanted and at large, wearing black jeans, a blue jacket, a purple bandana, and carrying a large green backpack. The public was warned that he may be armed and dangerous.

The search continued for almost two weeks, when on Tuesday, February 4 deputies tried once again at his last known address, on Little Lake Road. This time he was more easily detained, as the deputies found him outside in a marijuana garden. He was arrested without putting up resistance, though he was found to be carrying a concealed knife.  In addition to the outstanding Humboldt County warrant, he was charged with illegal marijuana cultivation and probation violations. He was booked into the Mendocino County Jail with a no-bail status. 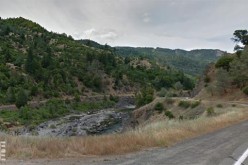 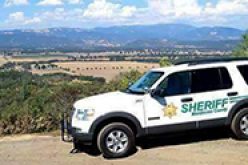 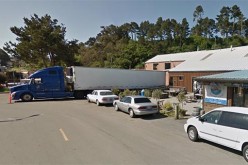