Turlock Police have arrested two suspects in connection to the shooting death of 51-year-old Ralph Vigil.

The shooting occurred on January 29th in the 1100 block of North Golden State Boulevard in Turlock.

Investigation led to the identification of 19-year-old Jose Luis Andrade Jr. and 19-year-old Isabel Patricia Pastran, both of Atwater, as the primary suspects in the incident.

Both men were arrested after San Francisco PD and local CHP officers stopped their vehicle in Castro Valley in February.

Andrade Jr. was booked into the county jail on murder charges, while Pastran was booked as an accessory to the murder. 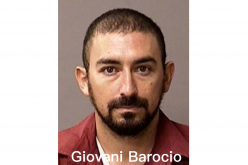