TURLOCK — A man in a stolen car can only count on dodging authorities for so long, as was the case with 33-year-old Scotty Rocha of Turlock.

According to Turlock Police Sergeant Steve Webb, California Highway Patrol officers were keeping a close eye on Rocha when, at around 3 PM, he decided to make a break for it. Officers joined forces with the California State University, Stanislaus police as well as the Stanislaus County Auto Theft Task Force in their efforts to apprehend their runaway, but were initially unsuccessful. Rocha managed to disappear around the areas of West Main Street and Colorado, Berkeley, and Hawkeye Avenues. 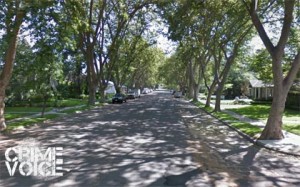 That is, however, until 7:10 PM when he was discovered hiding in a basement in the 1200 block of West Main Street.

Rocha bolted again, Sergeant Webb said, but was arrested soon thereafter when officers found him hiding nearby — in the rafters of a detached garage on Sierra Street. At present, he faces charges of auto theft, possession of methamphetamine, and several outstanding warrants.

The Modesto Bee: Suspect eludes police during Turlock search, but doesn’t get away