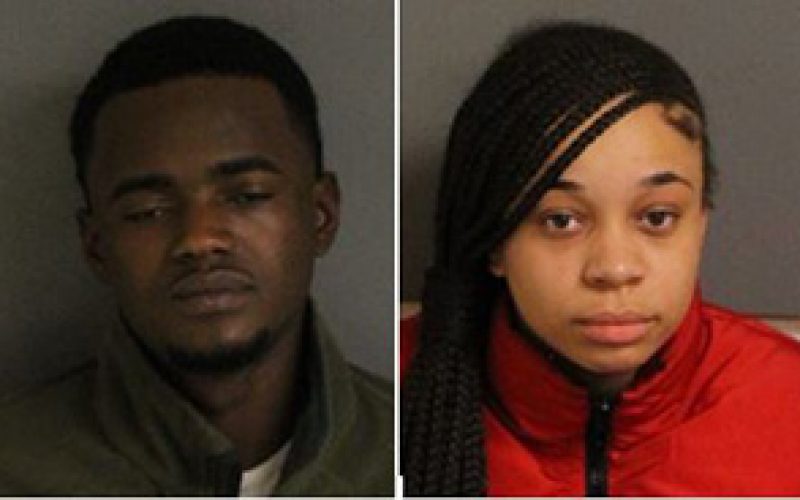 Santa Barbara County – Driving through the Carpinteria-Santa Barbara area on any weekend day puts any driver at risk of being stuck in the middle of a legendary traffic jam for which the U.S. 101 is well known.

This was a simple fact of life on the scenic coastal route of which Richmond, Ca. resident 24-year-old Jamal Rutledge and his 19-year-old passenger Emily Rodriguez of San Francisco were apparently unaware on the afternoon of Saturday, January 25th. Perhaps if they had known that weekend traffic on the freeway was guaranteed to move at start-stop speeds they would have found another route to travel in their stolen car.

According to Santa Barbara County Sheriff’s Department Public Information Officer Raquel Zink, that stolen black Chevrolet Malibu, “associated with thefts from several vehicles” throughout the county, was spotted by an alert deputy who just happened to be making his way southbound on the 101 a short distance behind the suspect vehicle. As the deputy’s vehicle approached from behind, the suspect vehicle “began swerving in and out of traffic” and ultimately “crashed into another vehicle.”

At that point, Rodriguez and Rutledge ran from the stolen Chevy, hot-footing it into the exclusive Sandyland Cover residential area. Additional deputies were called to the scene, and with the help of County Air Support and a Sheriff’s K9 Unit, the couple was contacted and taken into custody.

Rodriguez and Rutledge were both transported to Santa Barbara County Jail, where Rodriguez was booked on a charge of felony vehicle theft while Rutledge was booked on charges of possession of stolen property, theft of property, petty theft, trespassing, vehicle theft, and burglary. With two outstanding felony warrants on firearms charges, Rutledge remains in custody on a no-bail hold. 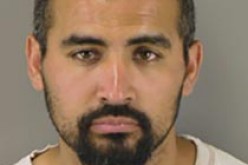