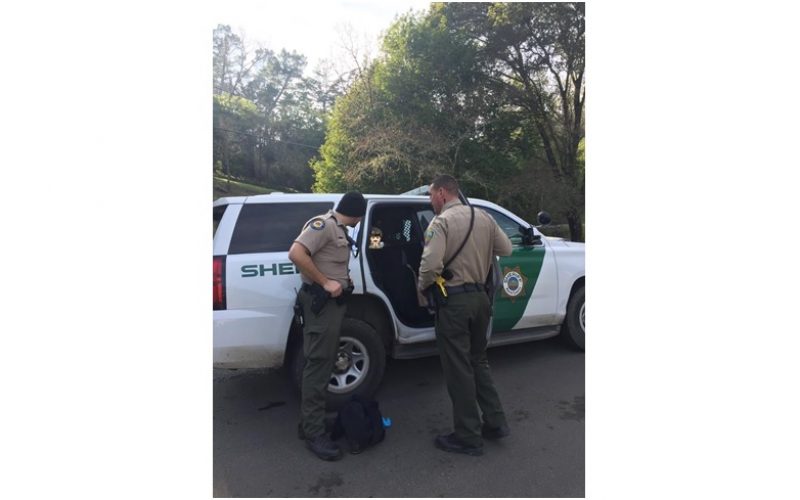 “The first incident occurred on January 2nd in the area of ‪Madrone‬ Avenue in Woodacre. A man unlawfully entered a residential home and surprised the homeowner who was at home at the time. The man left voluntarily after confronted by the homeowner and took a few articles of clothing from that house. We responded and took a report and were unable to locate the man.

The next day, the man unlawfully entered another home located in the area of Rock Ridge Road in Woodacre. During this incident, he helped himself to the homeowner’s food. He was confronted by the homeowner and eventually left.

A California State Parks Officer who was in the area assisted our Deputies and located the subject and detained him a short distance away from the second residence.

We were able to link the man to both residential burglaries and he was provided with a ride to the Marin County Jail.

The Marin County Sheriff’s Office would like to remind residents to LOCK YOUR DOORS! The suspect in this case did not use force to enter either residence, just simply walked through an unlocked door.”