Deputies have arrested a man in connection to an outstanding warrant for felony probation violation as well as suspected involvement in a recent theft case.

Shortly before 5 PM on Monday, December 9, the Sheriff’s Office learned that 21-year-old Hunter Scott Casey near an apartment complex on the 400 block of South Street in Fort Bragg and, aware of his active warrant, responded to investigate.

Casey was also suspected in a recent theft that occurred on Monday, December 2, on the 31000 block of Turner Road.

When Casey spotted an incoming patrol vehicle, he fled on foot through the apartment complex with deputies close on his heels. Awaiting Fort Bragg police officers also joined the chase.

Ultimately, Casey was apprehended near the 700 block of River Drive.

Upon searching him, deputies found suspected methamphetamine and an Airsoft BB gun that had been painted black to make it look like an actual firearm. Additional evidence connecting him to the Turner Road theft was also discovered.

Casey was booked at the Mendocino County Jail on his felony arrest warrant as well as suspicion of resisting arrest, violation of felony probation, and possession of a controlled substance. 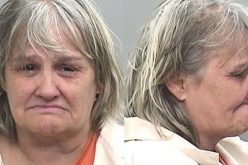 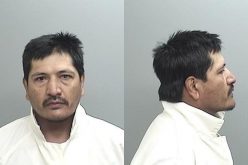