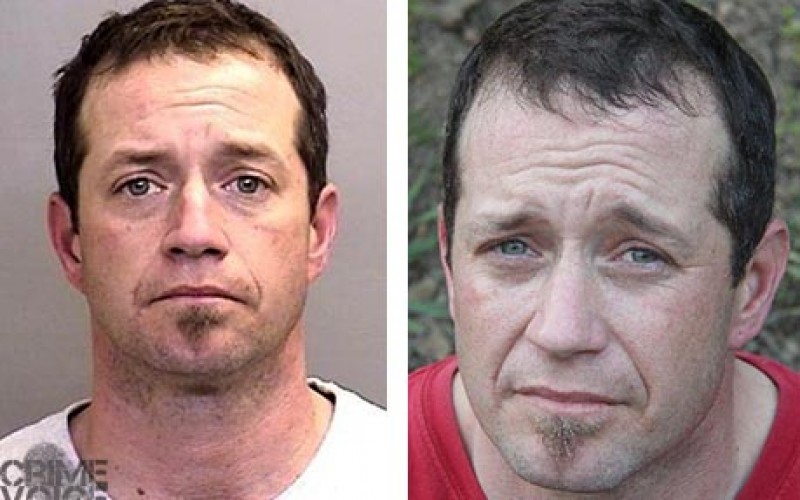 COVELO – MENDOCINO COUNTY – Dustin Gabriel Henderson, a 39-year-old transient from the Willits area, must have been in a big hurry. On Monday, March 9 in the afternoon, he was traveling along Highway 162 towards Covelo, the small town in inland Mendocino County in the valley between the Coastal Ranges and the Mendocino National Forest, east of the 101 Freeway. He had marijuana, methamphetamine, stolen property, and a pellet gun in the car.

Henderson came upon another vehicle that wasn’t going as fast as he liked, so he pulled out on the two lane highway to pass the other car. According to the Sheriff’s Office, as he was completing the pass, either the other driver sped up, or Henderson misjudged the distance, and the two collided as he merged back into the right lane. Apparently so enraged at the other driver for not giving him enough clearance, Henderson stopped the car, got out, pulled his pellet gun out and shot at the windshield, breaking the glass.

The other driver, who had perhaps expected to exchange license and insurance info, quickly pulled away and headed towards Covelo, while Henderson managed to shoot out the passenger window as well. Not through, Henderson got in his car and followed, continuing to shoot the pellet gun at the other car. They entered the town at a high rate of speed, and another driver, who had ended up following them, witnessed Henderson shooting what appeared to be a regular firearm at the other vehicle. That driver reported the incident to the Mendocino Sheriff’s office.

Meanwhile, the driver of the other car managed to elude Henderson, thanks to traffic in Covelo. While Henderson then headed out of town, Sheriff’s Deputies and Highway Patrol officers responded, and by 5 pm, they had located him on Highway 162 near Dos Rios, south of Covelo near the Eel River. They stopped his car and detained him, and were then able to contact the victim, taking a statement of the incident.

They identified Henderson, and searched his vehicle, finding the pellet gun, which looked like a genuine pistol, along with plenty of pellets. They also located some packaged marijuana, and what appeared to be meth in a hypodermic syringe. There were also items identified as stolen from a burglary in Willits. A check on the suspect also revealed an outstanding warrant out of the state of Missouri for felony theft. 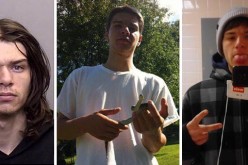 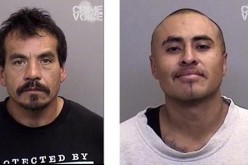