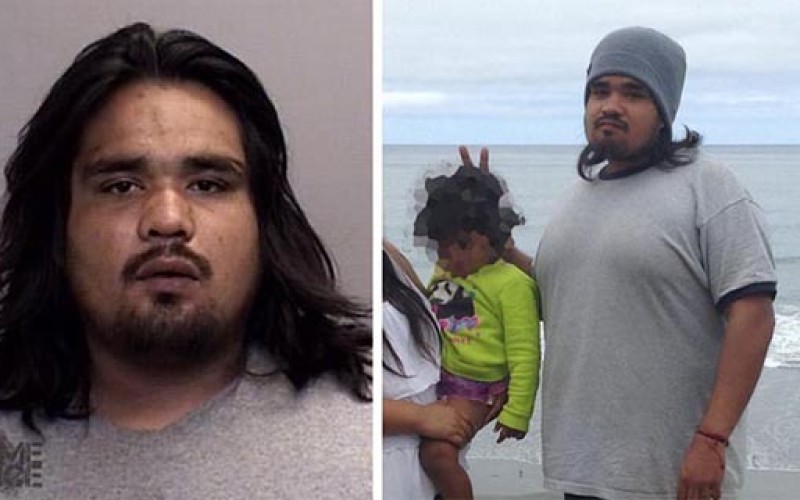 You might think that if someone plans a burglary that requires breaking a window to get into a store, the thief would know what the most valuable merchandise would be, and spend his precious little time grabbing that, getting out, and stashing the loot. But Daric Marcus Pardo of Ukiah seems to be more of the violent and destructive criminal than one who thoughtfully plans out the perfect crime. Though from his Facebook profile, he also looks like a well-loved family man with an attractive girlfriend. Perhaps they are baffled by the two sides of Daric Pardo.

Available records going back to 2007 show Pardo was arrested in October of that year for disorderly conduct. In February of 2009 he faced another disorderly conduct charge, along with one for “removing, defacing, or altering a landmark”. Details of that incident were not available, but two months later he was arrested for vandalism of more than $5,000 damage. In July of both 2009 and 2010 he was charged with violating his parole.

In September 2010, according to an archived story from the Ukiah Daily Journal, he had come home on a Wednesday “extremely intoxicated” and confronted his mother’s boyfriend. Pardo was 23 at the time. He grabbed a large hunting knife and chased the man though the house, and then attacked with his fists. The man escaped and ran out the door, while Pardo reportedly grabbed a kitchen knife and gave chase, witnesses saying that he yelled he was going to kill the man. Right across the street was the Round Valley Tribal Health Clinic, where the victim ran. Witnesses called for help, and Round Valley Tribal Police arrived first, and detained Pardo after he had punched the victim, and caused him to suffer abrasions and a laceration on his face.

The man received treatment at the clinic, and deputies arrived to take Pardo into custody. Both knives were recovered and Pardo was arrested for assault with a deadly weapon, exhibiting a deadly weapon in the presence of an officer, threats of violence, and battery, along with possession of stolen property and violating probation. He had only recently moved to Covelo from Ukiah at that time.

In October of 2013, while living back in Ukiah, he was arrested once again. In that incident, he had been brought in to the Ukiah Valley Medical Center by police, and while receiving treatment he assaulted the nurse. He was booked once again at the Mendocino County jail on charges of assault on a custodial (non-sworn) officer. 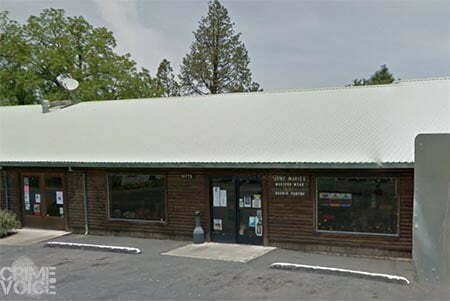 June Marie’s Western Wear – one of the large windows in front was broken in the burglary.

And so it was that last weekend, on Saturday, September 19, Parodo, while still residing in Ukiah, was back in Covelo late in the evening. It was after 11 pm, when according to a Mendocino Sheriff’s press release, he is suspected of breaking a large glass window to the June Marie’s Western Wear store on Mina Road. He entered the store through the broken window, and then broke the glass in a display case, reaching in and taking the jewelry displayed there. He apparently cut himself on either the case or the window, as blood was later found on the floor. He left quickly with the items from the case.

The problem with Pardo’s plan was that he was apparently unaware that the store had a video surveillance system in place. He was also not very knowledgeable about the merchandise, as the store owner later confirmed the items he took were not very valuable. The damage to the window and case far exceeded the value of the stolen property.

When investigators viewed the footage, they saw large man with black, bushy shoulder length hair taking the items. By the next night, while looking for the man in the video, deputies patrolling Covelo spotted Pardo. He was immediately identified as a prime suspect, and any chance of his claiming it was mistaken identity was ruined by the presence of four pieces of the stolen jewelry he had in his pockets.

Daric Pardo was booked at Mendocino County jail on charges of felony burglary and vandalism of over $400.00 damage, possession of burglary tools, and once again, violating probation. He is being held in lieu of $20,000 bail.