COVELO — A woman has been arrested after an argument reportedly escalated to an incident of domestic violence late last week.

Just before 2:30 PM on Friday, September 27, Mendocino Sheriff’s deputies arrived on the 77000 block of Logan Lane for a report of domestic violence.

In gathering statements from both parties, they determined that the woman, 28-year-old Tonikali Sema, had become physically violent with her live-in boyfriend (39), whose name has not been released.

Eventually she went outside, at which point he locked her out and called 911.

Deputies noted minor injuries to his arm and elbow area, as well as redness and scratches on his right bicep.

Sema was arrested on suspicion of domestic violence battery and booked at the Mendocino County Jail on $25,000 bond. 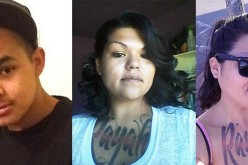