CHICO // Police are investigating a fatal hit-and-run which occurred in the area of West East Avenue, which led to a closure of both lanes “between the Esplanade and the entrance to Raley’s and Save Mart.”

On November 9th just after 2 AM, Chico PD was alerted to a potentially deceased person lying in the roadway west of the Esplanade. Responding officers and medical personnel confirmed that the victim, identified only as an elderly male, was dead at the scene.

Police believe the man had been the victim of a hit-and-run and the Major Accident Investigation Team (M.A.I.T.) has begun an investigation.

Anyone who may have information related to the incident is encouraged to contact Chico PD at 530-897-4911. 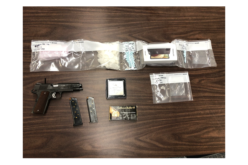