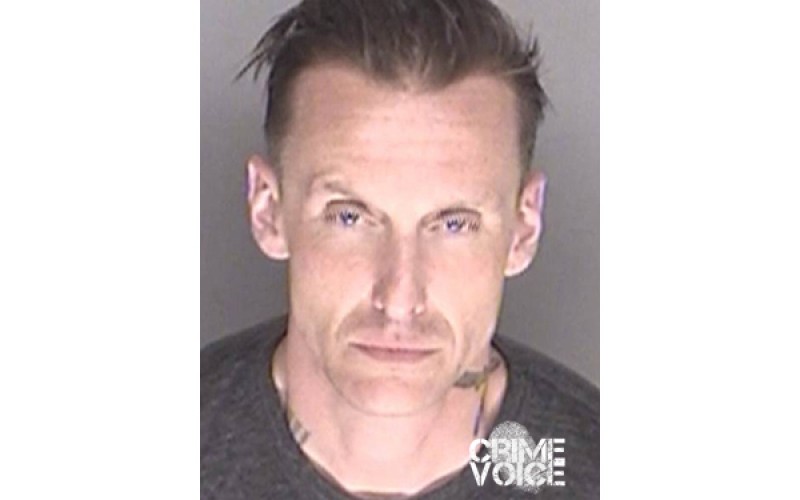 Carpinteria – Hunger can do strange things to a man. When forced to wait for your hot, fresh pizza at the local take-out store, just the aroma of hot cheese and sizzling tomato sauce—nevermind the anticipation of that spicy pepperoni—can simply make a guy fidgety with anticipation.

But there’s another kind of “hunger” which apparently bubbled to the surface when Carpinteria resident Cameron Long, 34, walked into the Casitas Pass Shopping Center’s Little Caesar’s Pizza emporium in the early evening of February 13th.

Long was not there to indulge his gustatory cravings, but to stuff his pocket with currency he had reason to believe resided in the store’s cash register.

According to Santa Barbara County Sheriff’s Department Public Information Officer Kelly Hoover, SBSD deputies responded to a 911 Emergency Call reporting “an armed robbery” which had just taken place at the pizzeria, indicating that “a suspect had entered the business, displayed a black handgun and demanded money from the register.”

Store employees informed deputies on the scene that the man who had brandished the weapon succeeded in leaving the premises with “an undisclosed” amount of cash.

With the scene of the robbery just a block away from two of Carpinteria’s three U.S. 101 onramps, deputies immediately sealed those routes of egress from the community off and shortly thereafter spotted “a suspicious suspect” walking along a city street just a few blocks away.

He was detained, identified as Long, and discovered to be in possession of an altered imitation firearm, cash from the robbery, and other “evidence” indicating he had plans to rob the CVS pharmacy next door to Little Caesar’s, but it was closed at the time.