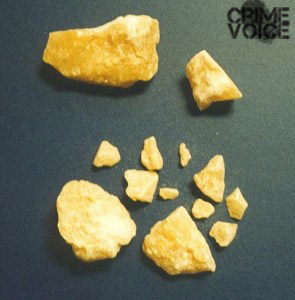 DUNSMUIR — On September 24, Siskiyou Countywide Interagency Narcotics Task Force agents, along with Siskiyou County Sheriff’s Office deputies and the Californai Department of Justice’s Bureau of Narcotics Enforcement agents, made an arrest after searching a Dunsmuir residence.

In the release, Martin stated that Shields “refused to open her front door and fled to an upstairs bedroom.  Agents had to force entry into the home and were able to detain Shields in the upstairs bedroom.”

As agents and deputies searched Shields’ home, they discovered a quarter-pound of methamphetamine, digital scales and packaging materials. Four firearms had also been located. Martin also noted that Shields had installed an infrared motion alarm on the exterior of her residence.

“The alarm system notified her when people were approaching her front door,” Martin said in the release.

Task force agents estimated that the methamphetamine has a street value of $25,500, the release said.