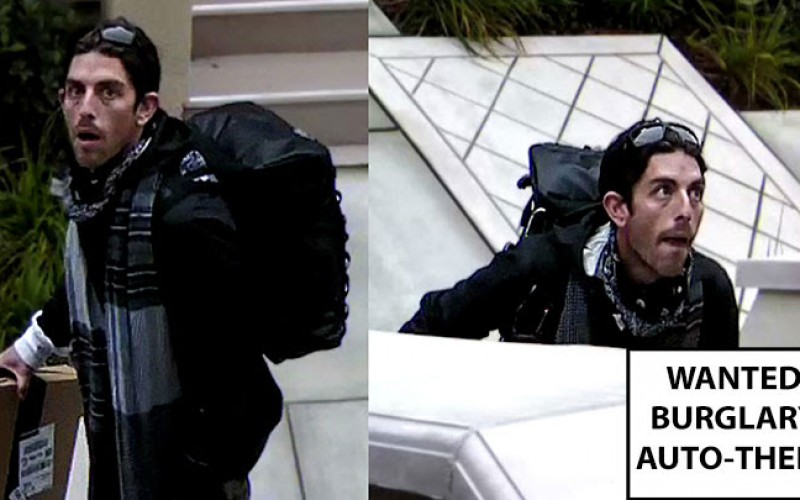 SAN JOSE — The San Jose Police Department is asking the public’s help in tracking down an auto-theft suspect who was last seen stealing a package near Muller Place in San Jose.

According to Albert Morales of the San Jose Police Department, a package theft, residential burglary, and auto theft all occurred between 10:30 AM and 5:45 PM on January 8 at two neighboring residences.

Video surveillance showed a male suspect believed to be in his late 20s/early 30s walking up and down the neighborhood looking for packages. He is shown walking past the first residence, then returning later with a scarf and dark clothing to hide his identity. He is then seen walking away carrying a package taken from the front stoop.

Morales said, “The same suspect is seen moving out of view of the surveillance camera and returning wearing the same clothing, without his backpack, and with a bandana covering his face.”

A second residence was burglarized and a vehicle belonging to the occupant stolen.

The suspect is described as an adult male 20-30 years old, thin to medium build, light to medium complexion with short dark hair. He was last seen wearing a black packpack, dark sunglasses, a dark bandanna around his neck, multi-colored scarf. He was also wearing a white long-sleeve shirt, black jacket, green camo pants, and black/red/white shoes.

Anyone with information regarding the suspect is strongly encouraged to contact Detective Sergeant Mike Montonye #3071 of the San Jose Police Department’s Burglary Unit at (408) 277-4401. 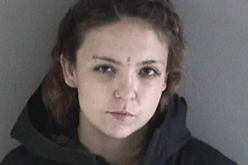