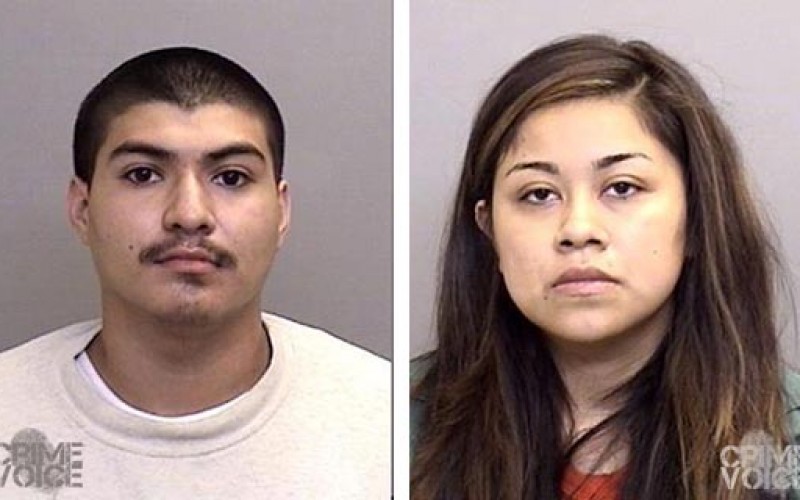 Orlando Munoz and Mychell Isabel Vega-Ayala were out late Monday night, with their 1-year-old daughter. Apparently headed home to Ukiah from somewhere to the north of town, they secured their daughter Kimberly into the child seat in the back, and headed toward home down Highway 101, or the Redwood Highway.

The problem was, both of them had been drinking, and possibly smoking marijuana as well. According to posts on both of their Facebook pages, Munoz, 20, and Vega, 21, were both fans of smoking pot, at least in the past. They both shared at least an occasional “wake and bake” according to their posts. Nothing, however, since the birth of their child has been posted about marijuana, so it is possible that they have given that up. 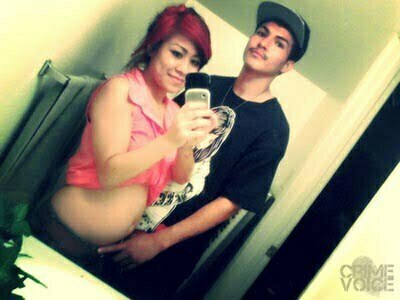 Mychell and Orlando in a Facebook selfie when she was pregnant with their daughter.

But at midnight on Monday, June 27, they were definitely under the influence of something. According to the Mendocino Sheriff’s Office, a deputy traveling southbound on the Redwood Highway just south of Capella, 5 miles outside of the city of Ukiah, observed a vehicle swerving out of the traffic lane on the two-lane highway. The deputy pulled the car over, and contacted Munoz, who was driving, and observed that both appeared to be intoxicated. The deputy had Munoz step out, and administered a set of field sobriety tests, and found him to be over the legal limit for alcohol intoxication.

Compounding that problem was that Munoz, though under the legal drinking age, had already been convicted of a DUI, and had his license suspended. He was then charged, in November of last year, with violating his probation and inflicting corporal injury on a spouse or co-habitant.

As Munoz was arrested for the DUI, Vega was in no condition to drive either, and the family were all brought in to the Mendocino County Jail.

Orlando Munoz was booked for driving under the influence of alcohol, with a blood-alcohol level over .08%, driving with a license suspended for DUI, felony child endangerment, and probation violations. Mychell Vega-Ayala was booked for child endangerment and public intoxication. Since she was not able to care for the child, a relative was called to take custody of her. Vega-Ayala’s bail was set at $25,000, and Munoz was held without bail due to his felony probation violation.