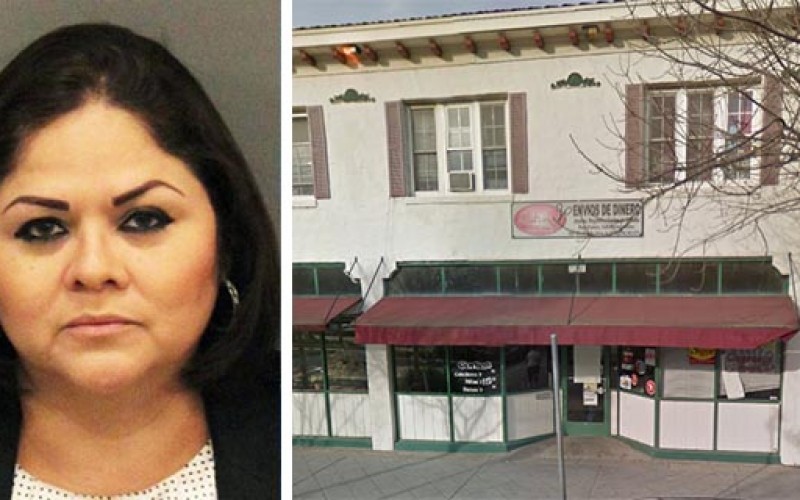 SOUTH SANTA CLARA COUNTY – According to the Santa Clara County District Attorney’s Office, 44-year-old Leticia Ramona Gonzalez Sandoval was arrested for grand theft and securities fraud. She was arrested Monday, May 21 at 8:22 am by Gilroy police at her home on Dowdy Street, which is just adjacent to the Gilroy Police Station.

Vishal Bathija, Deputy District Attorney with the Major Fraud Unit, said “Sandoval is charged with 14 criminal counts, including grand theft and securities fraud. Bail is currently set at $1,000,000. Her next court appearance is Tuesday June 9, 2015 in Department 106 at the South County Courthouse in Morgan Hill. If convicted, she could face up to 20 years and 4 months in prison.”

Sandoval is also accused of taking $224,000 in investments through fraudulent investment schemes, promising to “share profits” she would reap through the foreign currency exchange. She convinced investors to give her amounts ranging from $60,000 to $100,000, with promised returns of a couple thousand dollars per month. Most investors never received the first promised payment. In many cases, people invested their entire life savings – and lost them.

Sandoval was not a qualified seller of securities, and sold these contracts without informing the investors that she was previously suspended from the wiring services for embezzling their funds. Nor did she disclose to investors that the franchise tax board and Internal Revenue Service have filed personal liens against her and her business for the years 2010, 2011, 2012, and 2013.

If you believe that you are an unreported victim in this case, then please email or call Gilroy Police Detective Rick Jenkins at Rick.Jenkins@ci.gilroy.ca.us, or call (408) 846-0350.