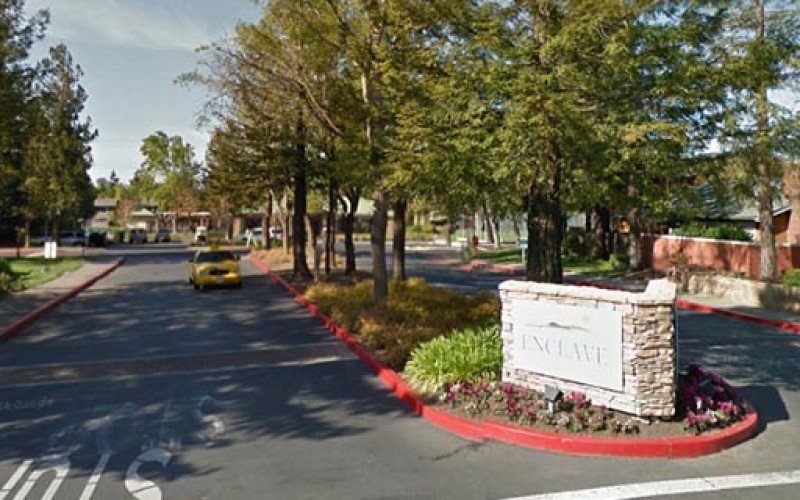 PETALUMA – On Thursday April 16, the Petaluma Police Department (PPD) issued a News Release detailing the arrest of a suspect who had been driving a stolen vehicle out of San Francisco.

A Petaluma resident in the 300 block of Lakeville Circle called PPD and reported a suspicious vehicle in the vicinity, and provided the license plate number. PPD Officers arrived shortly thereafter and confronted the occupant of the vehicle, attempting to detain him at gunpoint, as the vehicle had been listed as stolen. But the suspect got back into the stolen car and fled the scene.

Officers had closed off simple escape routes to prevent him from fleeing, however the suspect drove directly at a uniformed police officer, who had taken cover behind the driver’s door of the marked unit. The suspect swerved only at the last second, coming within inches of the officer and the car door. The suspect vehicle had swerved to the right and over a curb to get around the officer, where a resident in the area was also standing in the path of the suspect vehicle, and was also came within inches of being struck.

PPD Officers pursued the suspect vehicle westbound on Frates Road, and then northbound on Calle Ranchero Drive, when the suspect drove into a dead end and then fled from the vehicle on foot. A perimeter was established that included Sartori Drive, Adobe Creek, Ely Blvd South, and Casa Grande Road. The CHP helicopter “H32” also arrived to assist on scene.

The police K-9 unit was also called in, and a 45-minute foot pursuit tracked through the creek area, open fields and back yards of Del Oro Circle. Meanwhile, a search of the stolen vehicle uncovered a replica firearm under the driver’s seat, hypodermic needles, and shaved car keys used to steal vehicles. 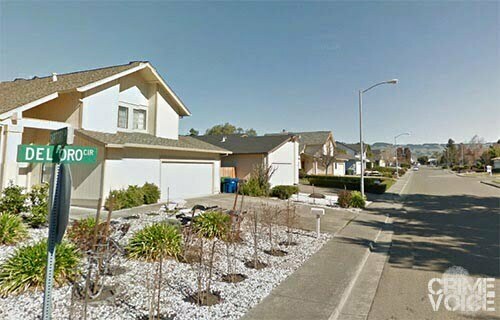 The suspect tried to escape on foot in this Del Oro Circle neighborhood.

Officer John Antonio was in the vicinity of Del Oro Circle when he spotted the suspect, at approximately 2 pm. He was joined by Sergeant Paul Gilman as the suspect then fled over more fences and into the backyard of a residence in the 1400 block of Del Oro Circle. The suspect had entered an open side garage door of an occupied residence. The officers followed the suspect into the garage where he was immediately arrested.

After being interviewed by investigators, the suspect was booked at Sonoma County Jail for assault with a deadly weapon, possession of stolen property, felony evading in a vehicle, resisting arrest, and possession of hypodermic needles. The suspect was identified as Vejay Jacobs Pacheco, a 39-year-old man from Oakland. His bail has been set at $30,000. 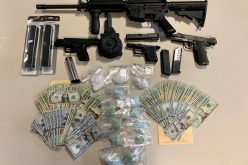 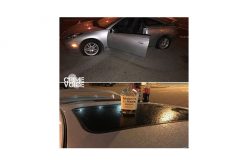 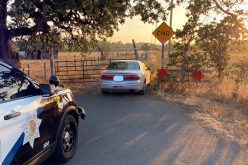 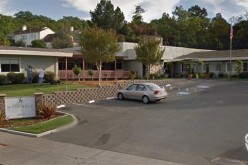