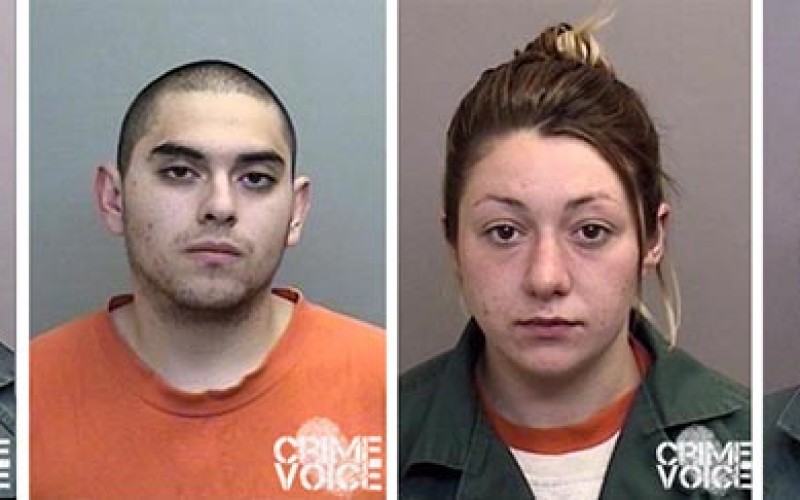 FORT BRAGG, MENDOCINO COUNTY – Perhaps the nozzle at the end of the hose wasn’t exactly deadly, but swinging it at a Sheriff’s Deputy does count as assault on a peace officer and is not simply laughed away. 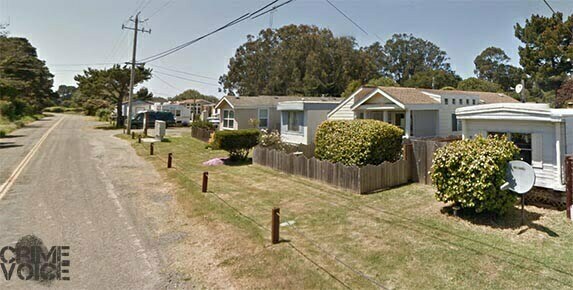 Grijalba’s car was pulled over in this neighborhood. He ran and found a hose.

It began last Thursday night, May 15 at 10:45 pm, when deputies stopped a car on the 17900 block of Ocean Drive when they noticed false registration tags on a car’s plates. According to the Sheriff’s office, when they addressed the driver, 23-year-old Alejandro Grijalba, they found he had a suspended and revoked driver’s license, and that he is on felony probation, with terms prohibiting weapons and allowing search and seizure.

They had Grijalba step out of the car, and told him he was being arrested for driving without a valid license. As he was being handcuffed, he became resistant and confrontational, broke away from the deputies, and ran away. One of the deputies chased after him, while others responded to the scene to assist.

When the pursuing deputy caught up with him, Grijalba stopped at a house, grabbed the garden hose, and began swinging it over his head, with a large plastic spray nozzle at the end. The deputy ordered him to drop the hose, but he advanced to strike with it. The deputy managed to avoid contact, and as others arrived, Grijalba dropped his improvised weapon and ran off. They again gave chase, but the swift young man managed to evade them and a subsequent search of the area. 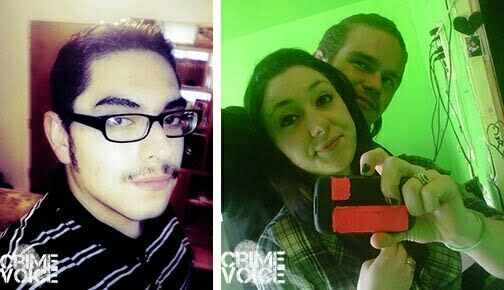 Meanwhile, back at the car, his three companions, 21-year-old Luis Medina Pineda, 20-year-old Cheyenne Eileen Specie-Day, and 38-year-old Christol Nicole Chiles, were all released from custody without charges. A search of the car, however, revealed the Grijalba had a concealed weapon stowed near the driver’s seat.

Alejandro Grijalba has a history of trouble with the law, as his probation status shows. Just this January, on the 14th, he was arrested for similar charges – carrying a firearm as felon, possessing a sawed off shotgun, carrying a concealed weapon, and probation violations. Back in 2010 he was arrested as a nineteen-year-old for attempted burglary, possession of burglary tools, and possession of a dangerous weapon. He was also picked up in a May 2011 gang sweep, and charged with probation violations.

Two days after the incident with the hose, the Sheriff’s Department received a tip that Grijalba was at a home on Oklahoma Way. They obtained a warrant for Grijalba’s arrest, and at 6:30 Saturday evening, they arrived and found three familiar faces, Pineda, Specie-Day, and Chiles, who made an attempt to hide their friend. He was, however, located, and as a result, all four were arrested. Grijalba was charged with assault on a peace officer with a non-firearm likely to cause great bodily harm, obstructing or resisting arrest, and probation violations. His three friends were all charged with harboring, concealing, or aiding a wanted felon. None of them were listed as residents of the home, but Chiles or Specie-Day may have been staying there; they are both listed as transients in the official arrest report.