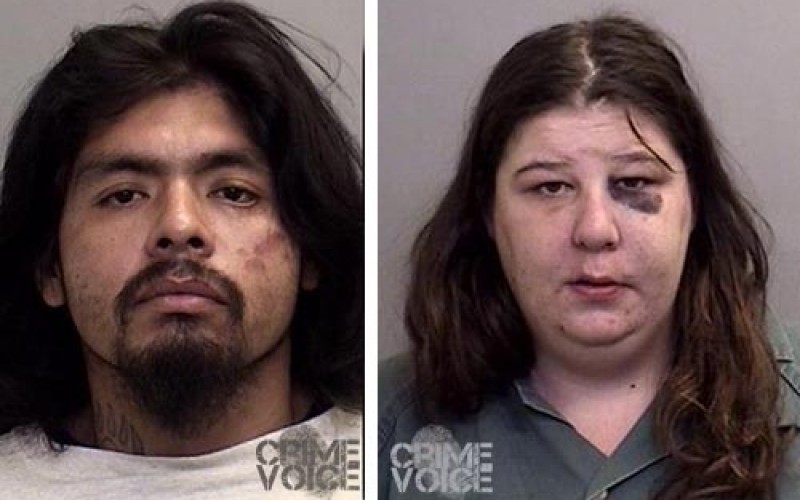 The Mendocino Sheriff’s Office reported on two recent domestic violence cases that are both polar opposites, and similar at the same time. One involved a man who was wanted for almost a week before he was tracked down, and the other was a woman arrested at the scene of the incident. But both suspects have a history of violent behavior, according to arrest records, and both incidents happened in sparsely populated rural areas of Mendocino County.

The first incident began when deputies were called out to a home in rural Covelo, along Henderson Lane near the Round Valley Tribes reservation. There was a report of a domestic violence incident in progress, and deputies arrived at 5 minutes after midnight, early Tuesday, December 16. 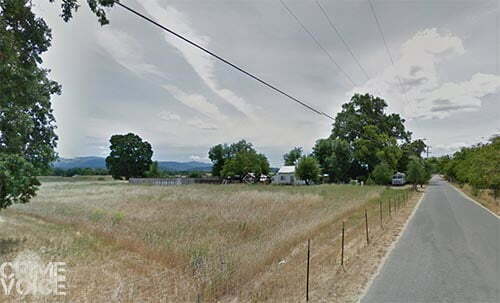 Henderson Lane in Covelo, near where the original call came, and where Hoaglen was eventually arrested.

They met a woman at the home who exhibited injuries to her left arm and leg. She had long scratch marks in both areas. She told them that she had been in an argument with the man she lived with, Iran Lee Hoaglen III, which became physical. He was described as 33-years-old, 5’9″, 201 pounds, and Native American. He had since left the home, and an initial search of the area came up empty.

Records going back to 2007, when he would have been 25, show he was already on parole, and was arrested in April for a parole violation and disorderly conduct. The next several years saw seven more arrests on parole violations, battery, possession of a dangerous weapon, and being under the influence (public intoxication.) In September of 2013, he faced charges of inflicting corporal injury on a spouse or co-habitant (domestic violence.) That charge carried another parole violation, and was followed in January of 2014 by another charge of domestic violence.

Hoaglen was missing and wanted for the next six days, but on Monday, December 22 at 7:45 in the evening, he was found hiding behind a building at or near his home, where the original call was made. He was arrested without further incident, and held on the charge of inflicting corporal injury on a spouse or co-habitant. Bail was set at $30,000.

Update 2/6/15 – Mendocino Sheriff’s reported that Hoaglen, after being released from custody, called Angie Joaquin of Covelo and told her he was coming back, threatening to kill her for getting him arrested in the domestic violence case. The call came around 8 pm on Tuesday,February 3. Deputies located Hoaglen the next day in Covelo, and arrested him again for making criminal threats and violating probation. Bail was set at $30,000.00.

A week following that arrest, on December 29 at 6:46 in the evening, deputies were sent to a home in the rural area off Highway 101 south of the main town of Willits, on another domestic violence call. The man who they found there had visible injuries to his head and face. They learned in the investigation that the man had been fighting with his wife, and the argument turned physical. The woman, 28-year-old Tiffany Dawn White, reportedly attacked her husband causing the injuries to his face.

Ms. White also had a black eye, but it was determined that she was the aggressor, and was arrested and booked at the Mendocino Jail on charges of inflicting corporal injury on a spouse or co-habitant. Bail was set at $30,000 for her as well. Tiffany White’s record includes an arrest in 2005 for battery, and in 2008 for marijuana possession. On Halloween night of 2012, she was charged with child endangerment, possession of marijuana, and being under the influence. Details of those incidents were not available.

Though these two incidents were noteworthy and detailed in Sheriff’s press releases, there were other incidents of domestic violence during the holiday season that the Sheriff’s office and local police had to deal with, according to arrest and booking reports. Three other women were charged with domestic violence offenses as well.

On New Year’s Eve, 32-year-old Heidi Leigh-Ann Hinton of Willits was arrested for battery against a person in a dating, engagement, marriage, or other domestic relationship. 25-year-old Ramona Elizabeth Kaler of Ukiah was arrested on New Year’s Day on the charge of inflicting corporal injury on a spouse or co-habitant. Kaler had been arrested just four months ago, on September 14 in Lake County for DUI. At that time, she reported her residence as Hopland, a town several miles south of Ukiah. And just yesterday, Tuesday December 6, Sonya Caitlin Gale, 19 of Willits, was charged with battery on a spouse or co-habitant. 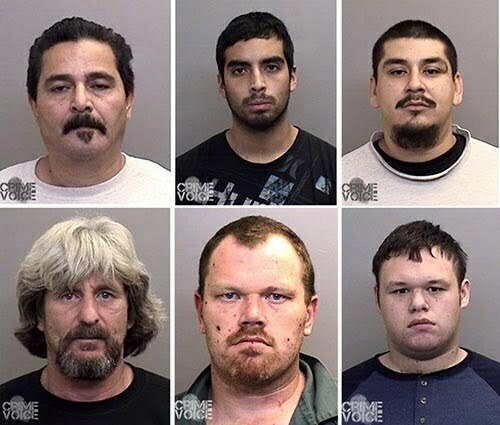 As is more typical, several men were also arrested on domestic violence charges. On December 22, the same day Iran Hoaglen was arrested, 53-year-old Henry Ray Castorena of Ukiah was charged with inflicting corporal injury on a spouse or co-habitant. Two days earlier, on Saturday December 20, Diego Omar Sanchez, 23 of Willits, was charged with the same thing.

And just yesterday, 19-year-old Carlos Alberto Ortega of Ukiah was charged with misdemeanor domestic battery and solicitation of lewd acts in public. Ortega had been arrested on May 27, 2014 on charges of indecent exposure. According to Ukiah Police, he was seen in front of the Civic Center building, which is next door to the police station on Seminary Avenue, apparently looking at an electronic tablet, such as an iPad. When officers arrived, in response to a complaint from an employee, he quickly zipped up his pants. He had reportedly been using the Civic Center’s wi-fi connection to view a pornographic movie. 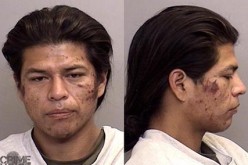